On Saturday the 11th of April I took Scottie to our first show together at a local equestrian centre Norton Heath. Even though the course was outside it was very tight and I was worried about getting around the course without having to do circles as Scottie is still fairly unbalanced on the tight bends. However I signed us up to do a clear round, a 60cms and a 70cms. The 60cms and 70cms were single phase, meaning you had to go clear to place, and the quickest time would win. There are photos available to be seen on Melody Fishers Facebook Page.

I didn’t plan very well and only had a short amount of time to warm up before the clear round. This bothered me a little as i needed the time to relax a little. However, we headed into the ring for the clear round anyway. He was perfectly well behaved, however I hadn’t quite warmed up enough and didn’t say jump for the first few jumps and we had a couple of stops. However I woke up after that and we had a great rest of the round, despite the tight turns.

After this class the heavens opened and we got soaked and the strong winds kept blowing jumps over. Once again Scottie didn’t put a foot wrong and we headed into the next class warmed up and ready to go. About halfway through the course was a jump with particular spooky fillers. The horse before us had a few refusals at this jump and I had this in mind heading towards it. Scottie obviously sensed my hesitation and had a look and put in a stop. However, once again we got over it and had a fantastic round with a few tighter turns in this one.

Scottie wasn’t strong but he didn’t come back to trot around the turns as I had planed, so I took the longest routes into the jumps as I could. I wasn’t aiming to get placed, to get a few nice rounds, with ideally at least one clear! So I was really pleased with him after the 60cms and was tempted to not do the 70cms as he had already done that I wanted to leave it on a good note. However, my friends talked me into it and I’m glad they did.

Scottie was fantastic in this round. The course had changed a fair bit with some tighter turns on his weaker rein. However, Scottie knew his job and he was ready to go. By this time I was ready to go too. We managed to go clear, despite me getting us lost. But he came right back to me so I could pick our way back to the next jump. We went clear in 53 seconds. I was so pleased about going clear I hadn’t even considered placing. But we did, we managed to place 5th! Fair enough we were a good 20-30 seconds slower than the winner, but I wasn’t trying to place or go fast. I just wanted us to get round clear. So it was a fantastic result.

Really looking forward to getting him out to new shows especially as jumping can only help build his hind end and he obviously loves it. And he is such a gentlemen out and about! 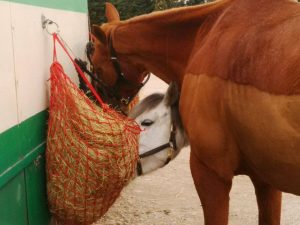 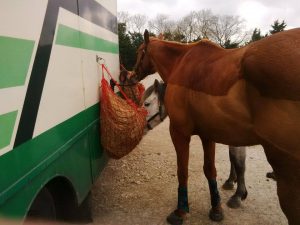 Thank You Melody Fisher for the fantastic photos and I will definitely be purchasing one or two to put around the house someone of our first ever show!

2 thoughts on “Scottie’s First Ever Show!”