Home » All Posts » Our Progress » Getting Ready for the Summer!

Getting Ready for the Summer!

I have had Scottie for around 8 months now and with the summer about to start I thought this would be a great time to review our progress so far. Here are some pictures of when I first got Scottie. 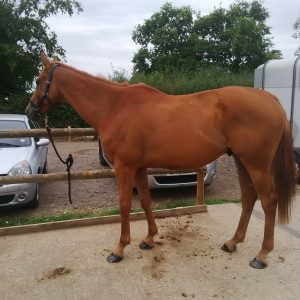 Although he was a good weight when I got him, you can see that he lacked topline and hind end muscle. He also has a slight ewe neck. When riding he also carried his head very high, which was what he was trained to do, but meant that he wouldn’t build the correct muscle to support himself. However, after spending a session getting him to understand the aid to go into an outline we started to see an improvement. 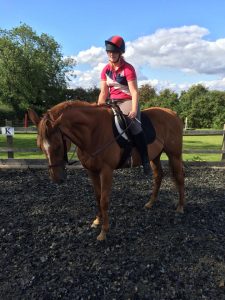 Although I had taught him the aids for working in an outline, I didn’t force him into one. I was content with him working long and low as this would help him build topline. However, it did mean that times where he was being particularly forward (normally when hacking) I could ask for an outline to slow him up and help build some muscle. I do not agree with forcing a horse into an outline, especially when they do not have the muscle or previous schooling, therefore even when using gadgets to improve his way of going I introduce them very slowly. 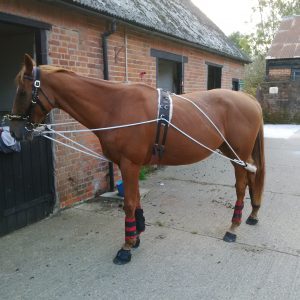 One thing that I really feel did great things for Scottie is lunging in a pessoa. He took to it really quickly and works lovely and round in walk and trot. It has really helped build his topline and helped with his self carriage. I know many people have said they don’t like the pessoa as they find it teaches the horse to lean on the contact. However, while hacking and walking forward, Scottie carries himself in an outline without being asked. 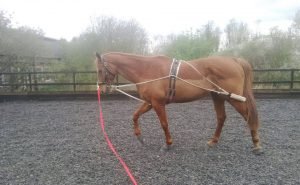 We haven’t done a huge amount of long reining, but I have found it incredibly useful for seeing how he moves and how to correct it. After having his back done I knew he had a rotated pelvis to the right and a bent withers to the left. This helped explain why the right rein was so hard for him. However, while long reining I was able to see that when being asked to work properly, he worked slightly on three tracks rather than two. As I could see what he was doing, I was able to work out what I needed to do to correct it.

I have recently started to do a lot of pole work and jumping with him and he took to it surprisingly well, especially over poles. He picks himself up, becoming less flat in trot and canter, which will help build his hind end. He also really enjoys his pole work and jumping which makes it a nice break from other schooling for both of us. Jumping and free schooling on the right rein have also really helped improve his right side. He is now picking up his right canter lead a lot more often and becoming more balanced on it each time.

This is how he is looking now (top) and the first picture I showed you (Bottom): 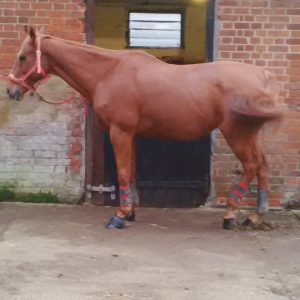 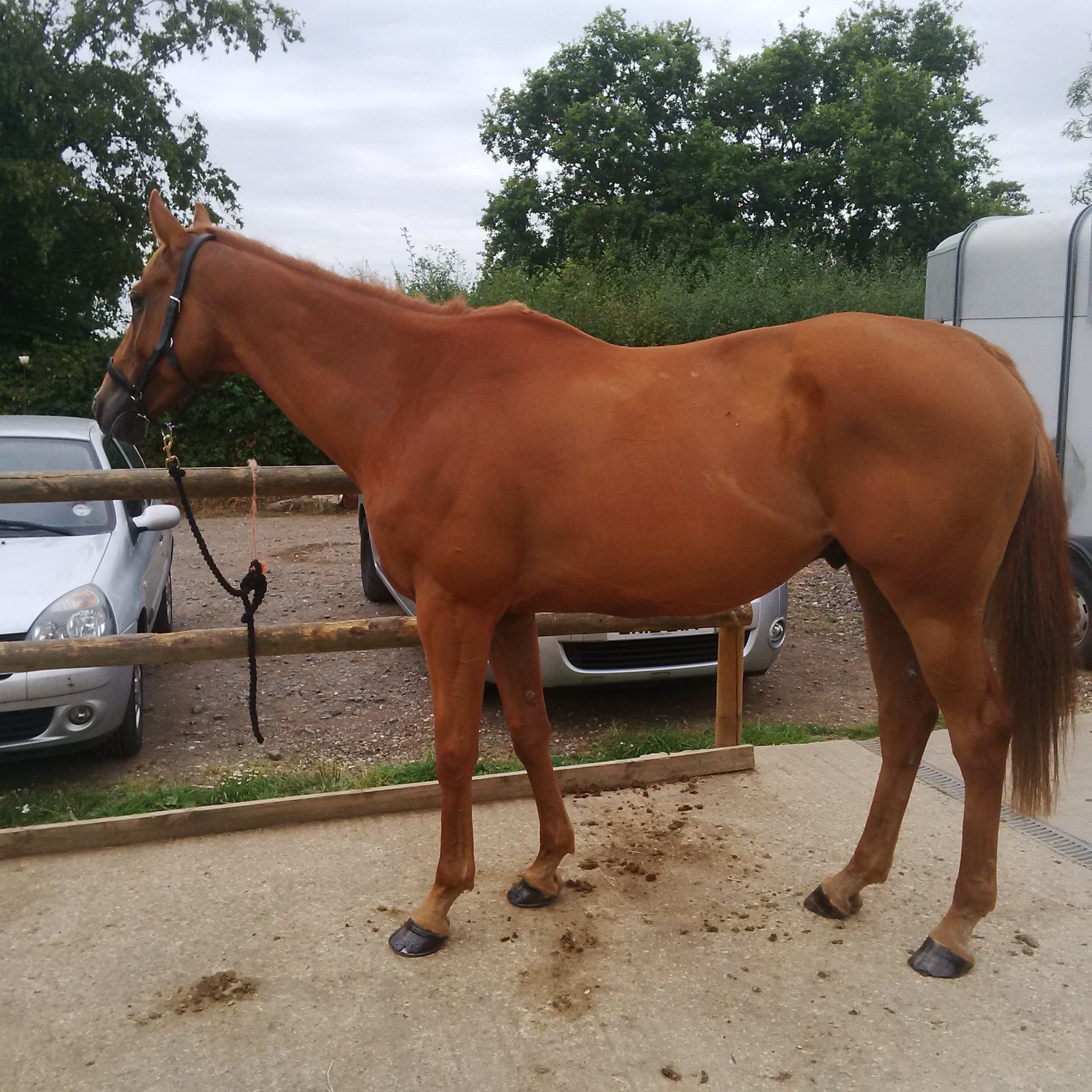 My aim for the next few months is to continue to build his hind end and right side. This is because we can’t progress much further now until we get suppleness, balance and impulsion. To do this I will continue lunging in the pessoa and doing lots of pole work and jumping. Once I am back home of the Summer I plan on getting some lessons with him to help motivate us both. I am hoping to get to the point where we are working low and round in walk trot and canter while ridden.