I really love genetics, especially when it comes to something complicated like coat colour, which is influenced by several genes. After a few lectures on coat genetics at University I just had to write this post sharing what I had discovered ad a lot of it is quite surprising.

Did you know that all horses are either Chestnut or Black? 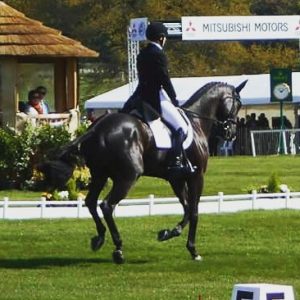 All the following coats occur if the horse has a black coat base. They have the genotype eE or EE for base colour.

The bay coat is controlled by the Agouti locus. This locus effects the pigment in the black coat, causing the body, head and neck to be brown, rather than black. Bay horses have AA or Aa alleles for the agouti gene. There are many different shades of bay.

Similar to the bay coat, it is determined by the Agouti locus. They have the genotype aa they usually have black coats with brown areas.

When a bay coat is combined with a cream gene. Like the agouti, it only affects brown hairs, often leaving the black mane and tail. Although similar to Dun colour, dun coats tend to have tiger like stripes on the legs.

This occurs when a bay coat is combined with two cream genes. It is similar to the cremello coat found on horses with a chestnut base colour.

A horse with a black coat and one cream gene. Hard to identify without knowing genetics or pedigree as very similar to the black coat.

The roan gene works similar to the agouti locus as in it only affects the body. The head, legs, mane and tail will often remain black and unlike greys, the coat will not lighten with age. 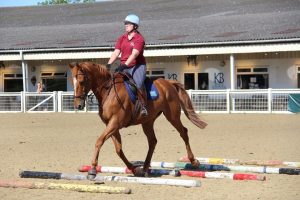 This coat occurs on a horse with a chestnut base colour and one cream gene.

This coat occurs on a horse with a chestnut base colour and two cream genes.

The roan gene works similar to the agouti locus as in it only affects the body. The head, legs, mane and tail will often remain chestnut and unlike greys, the coat will not lighten with age.

A grey gene causes the grey colour. The grey hairs usually start in a few places on the horse and as they horse ages, they spread, causing the horse to become lighter with age and drastically change appearance in the first few years of their life. They can have any genotype but will have at least one grey gene.

White coats are possible and are occur when a horse has one white gene. However, two white genes are lethal to most horse breeds.

There are three types of dun coat, depending on whether the horse is base chestnut, black or bay. A chestnut horse becomes a Red Dun, a black horse becomes a Grulla coat and a bay horse becomes a Classic Dun. However, these can be influenced by the presence of a cream gene. Dun coats are distinctive by the tiger/zebra stripes often seen on the top of the horses legs. 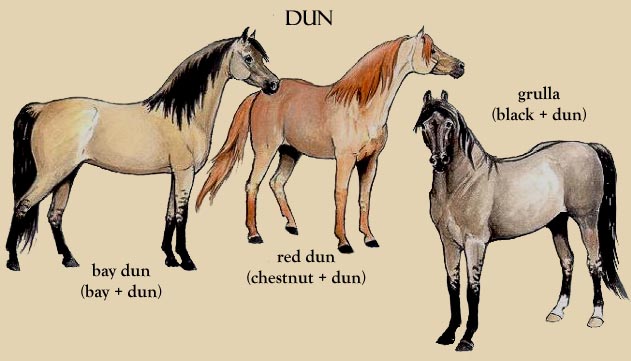 In another post I hope to look at champange, silver dapple, flaxen, pintos, paints and other coat genetics.

Here are some websites I think are fun to look at in relation to this!

Horse Colour Genetics
– change the horses genetics to change its appearance, with information on each coat.

previousRoad Rage: Can we fix the problem?
nextHeatwave! – Moaning time!