Home » All Posts » Our Progress » Highland Rain » We made it to the show!

We made it to the show!

For those of you who read my post the other day Possible Show, we did end up making it to the show! The other girl was able to come too. So that was one less thing to worry about!

The show was about 4 miles away from the yard and on the way we had to ride on two big bridges, one over a train track and the other over a motorway. Scottie was his usual perfect self as he had a hacking buddy, so these potentially VERY dangerous parts of the journey were a breeze.

We were some of the first at the show, so had plenty of time to allow the horses to settle. Scottie was a true gentleman. He was perfectly behaved in the warm up ring (which is where he can sometimes be silly.)

We hadn’t jumped in a while so I didn’t want to jump too big. I entered us in a 50cm clear round. It was one of the best rounds we have ever had, despite having a pole down. (I don’t know what he was looking at but it certainly wasn’t the jump… or where we were going!) You can see some of the round filmed by my mum on the EquiPepper facebook page here and here.

I then entered us in the 50 cm class. We did an amazing clear, with him really picking his feet up and saving us when we got too close to both parts of the double. However, we had a few poles down in the jump off. I think there was a mixture of reasons for this. The main one being, I think he needs to jump bigger classes to encourage him to pick his feet up. But I think I also let him get too flat and he might have been a bit distracted by the two herds of deer running round. (But I hadn’t noticed them.)

I’m really pleased with him. He was perfectly behaved while we were there and didn’t mind when his hacking buddy went off for an hour or so to do other things. It is also the first time he hasn’t felt like he was looking at fillers too much (or at least not ones that were actually part of the course!) I usually get a little bit nervous when it comes to jumping at shows but I had none of this yesterday and I’m really looking forward to getting him out again at a bigger height! 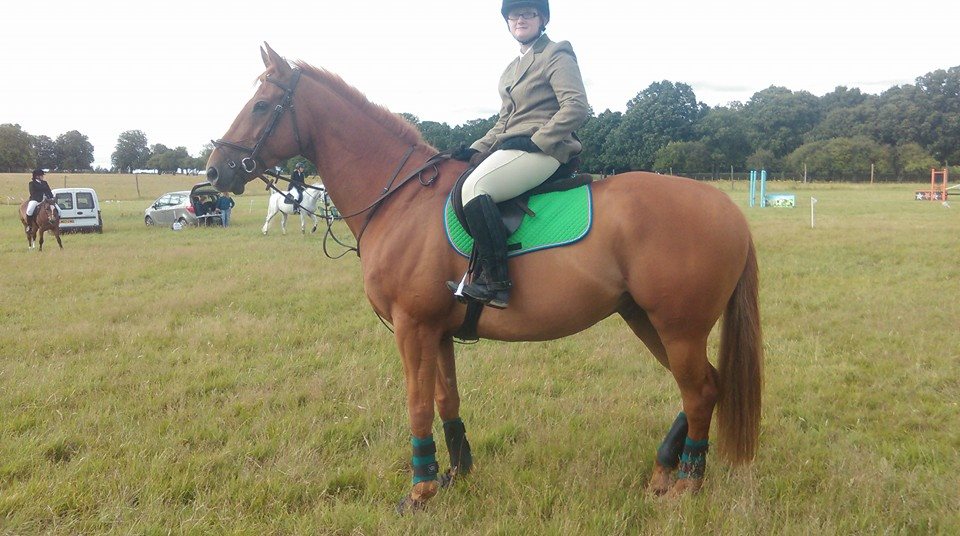 I feel that after this, we need to really be jumping at least 60-70cms to make him pick his feet up as he has never knocked a pole before as we’ve always jumped a bit bigger. But to do this I NEED to start jumping more at home as we both enjoy it. I’m just lazy about putting jumps out…

EquiPepper
Scottie’s Seasonal Cough Ever since moving to our current yard, Scottie has had an on and off cough what always seems to flare up in the spring. I've got a new plan! https://buff.ly/3c4wdpa #horses

Ever since moving to our current yard, Scottie has had an on and off cough what always seems to flare up in the spring. I've got a new plan!
View on Facebook