Home » All Posts » Our Progress » Highland Rain » One Year On…

Towards the end of July 2014, Scottie passed his 5 stage vetting. On the 4th of August 2014, I picked him up and took him to his new home. We have had a great year together. It has been full of first times and good results. He hasn’t put a foot wrong and wins everyone over. I wanted to create a post to show everything we have achieved in our first year together, so here goes!

Although Scottie had been out of racing nearly a year when I got him, he had not been retrained and was still very much like a racehorse physically. (Albeit, a racehorse with a grass belly!) 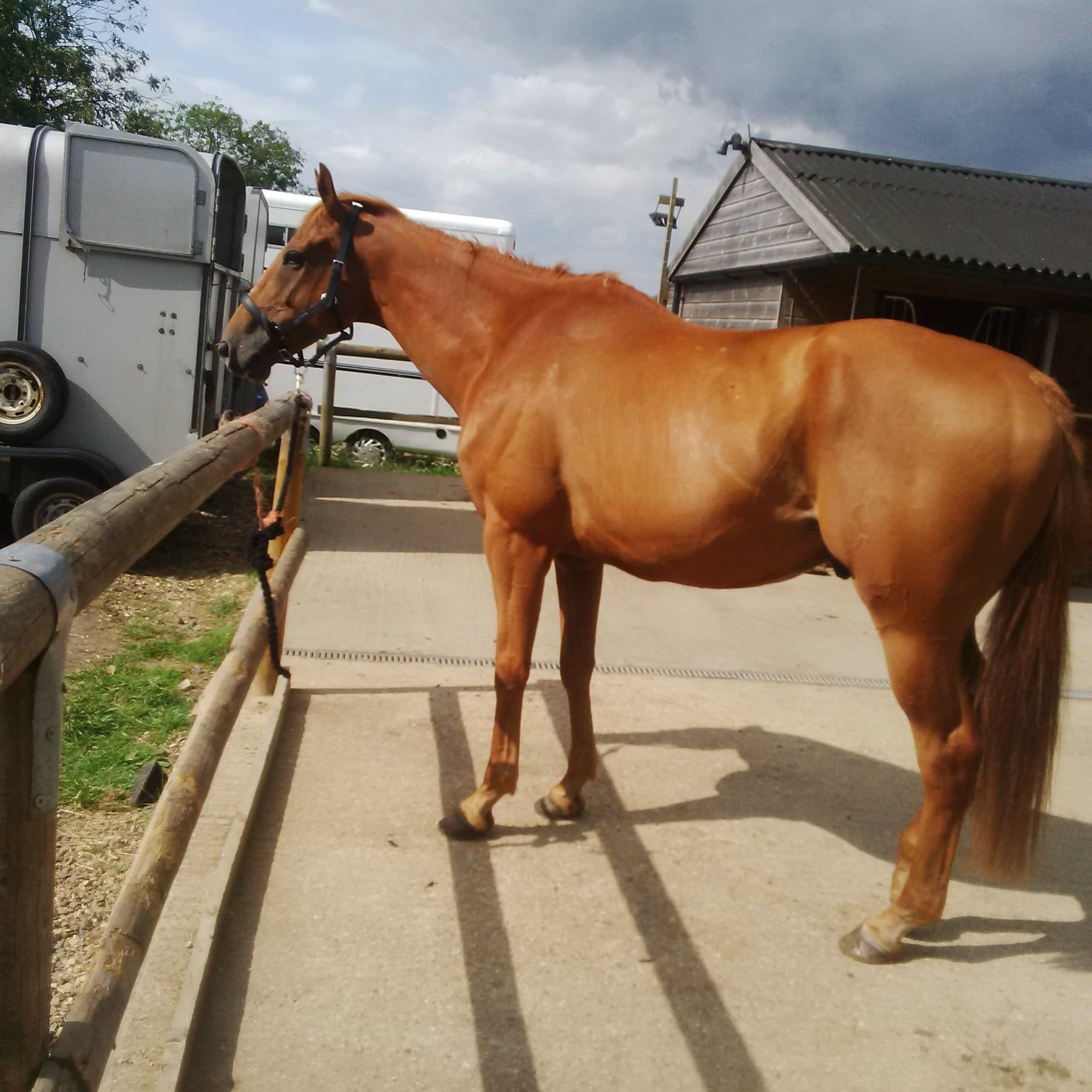 He has now really filled out and built up muscle. In fact he is still a little fat, but muscle wise he is really getting there! 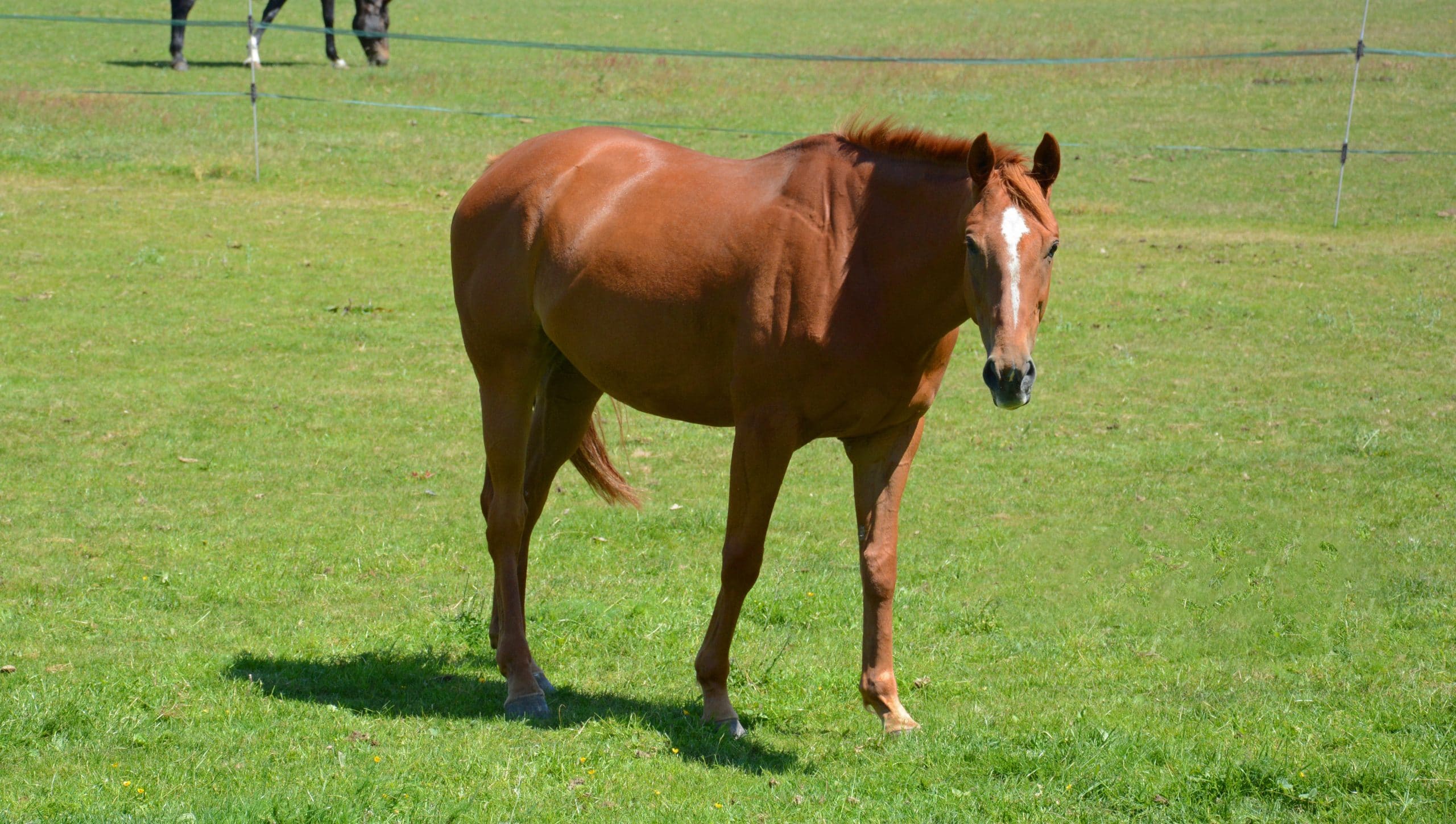 Although I have been schooling him under saddle, I think the main reason for this improvement in his muscle is working him in a Pessoa. I try to lunge him in it at least once a week, and alongside a good diet with a good amount of protein he has gone from this: 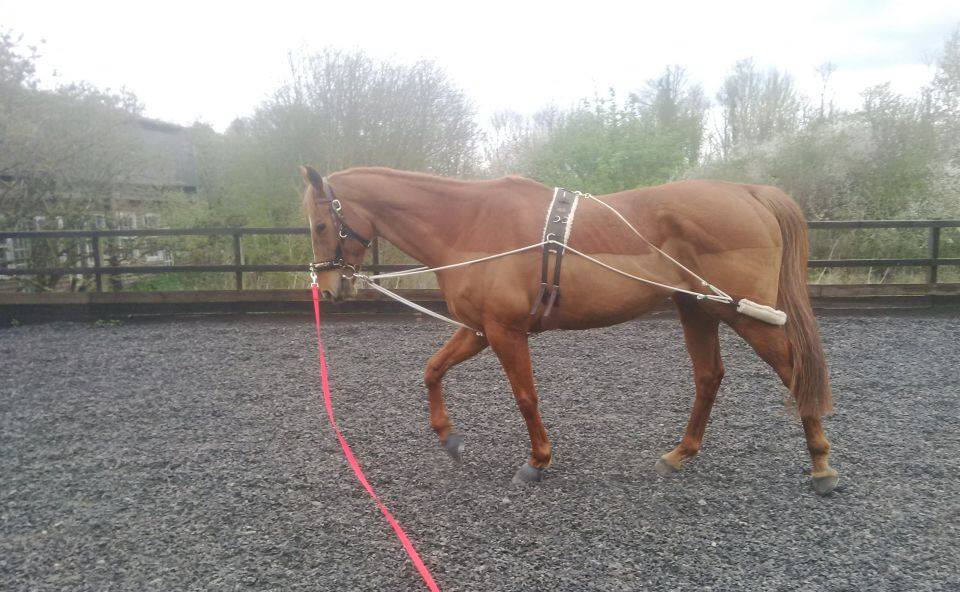 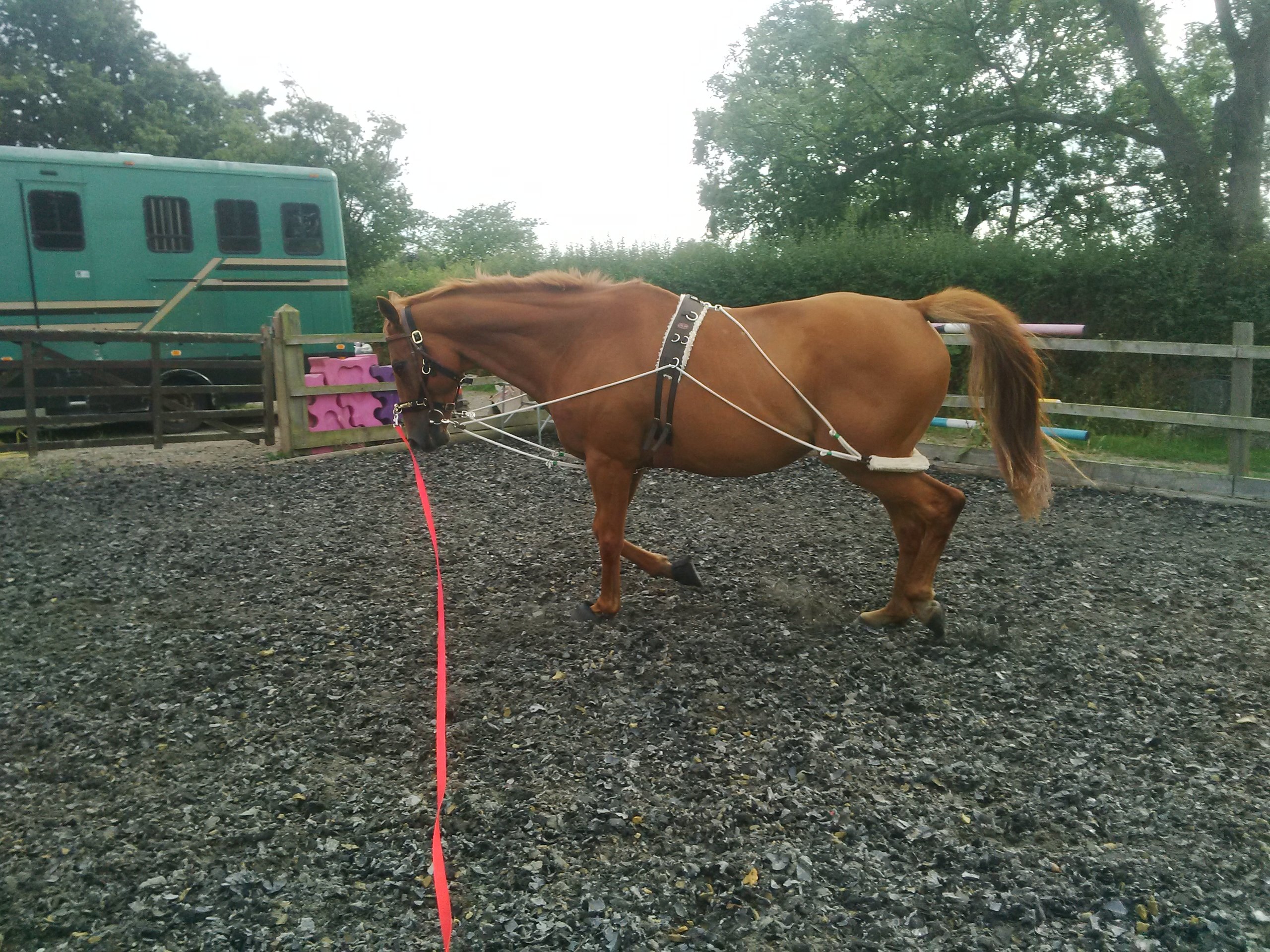 He has also improved massively under saddle. He used to be very lazy and try to avoid working correctly as it was difficult. However, over the past few months he has improved massively, becoming straighter and beginning to use his hind end properly. But we still have a long way to go!

As I mentioned at the beginning of the post, we have had lots of first times this year. These include going to the beach only about a month after having him. We had a great time and I could fault his behaviour at all! We also had our first show jumping show together, where we placed 5th in one of our classes! 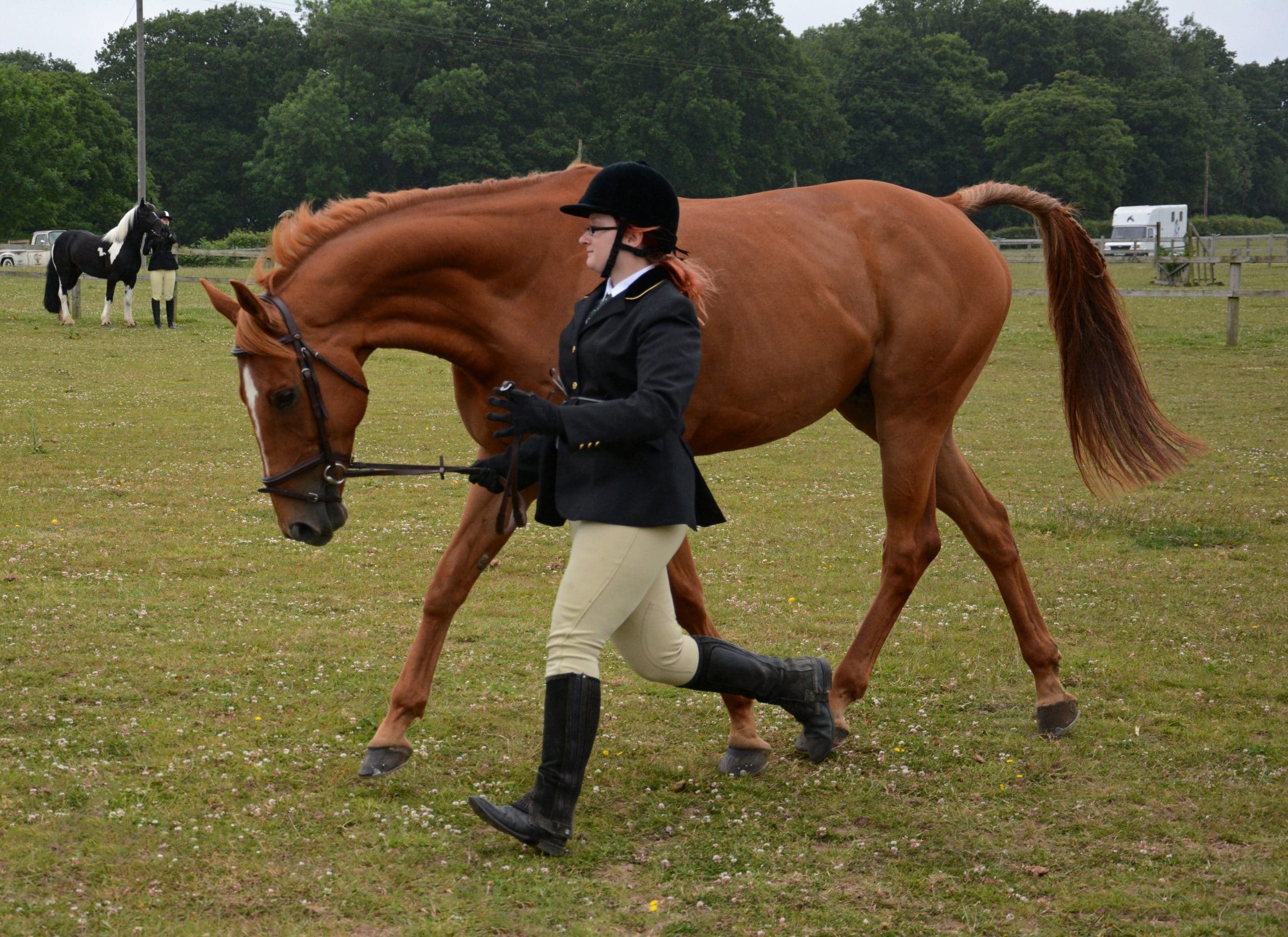 So we really have had an amazing time together and have done really well. As much as I would like to take credit and say that our success is down to all the work I have put in on building him up, I can’t. Scottie is one of the most genuine horses I have ever met and we wouldn’t have done half as well if he wasn’t! He has coped very well with moving yards twice a year to and from University and is always happy to just go along with whatever is happening.

However, it hasn’t all been plain sailing. In November, Scottie gave himself a nasty cut while in the field, and landed himself 3 weeks boxrest. But he was good as gold during this time and once it had healed enough to go back to work, I was able to get straight back on with no problems. 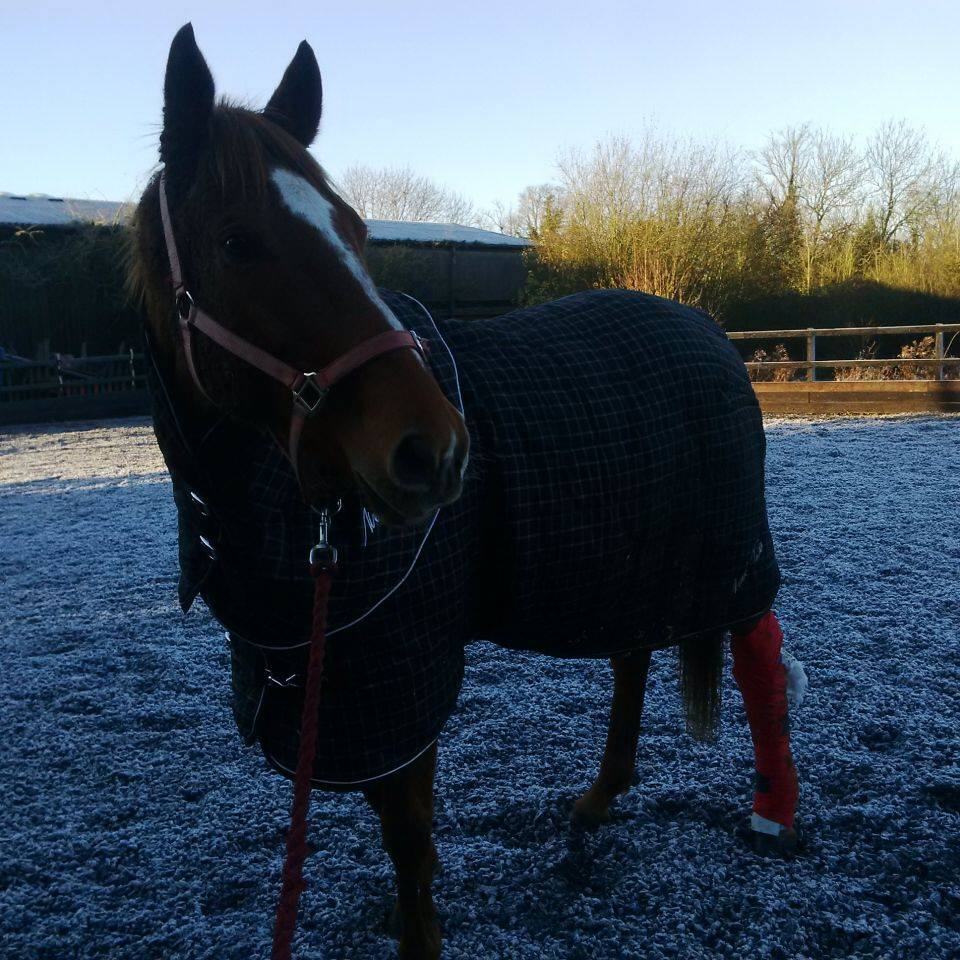 My aims for us for the next year are to basically continue as we are. Continue to build him up and try to get out as much as possible. He really has been a joy to have and he will be with me for the rest of his life!