Yesterday me and Scottie went to our first ever cross country clinic. I had never done cross country before and I’m unsure of how much cross country Scottie has done before. So it was going to be an interesting experience for both of us! Unfortunately I don’t have any photos of us jumping, but I went on the Milton Keynes Event Centre website and found some photos of some of the jumps we did instead!

We were quite late to our clinic after a bit of faffing around with the ‘new’ lorry and getting a bit lost. However, this wasn’t an issue and we joined the clinic late. We warmed up and popped a few small warm up jumps. Scottie wasn’t very confident and stopped first time at both our warm up jumps, but then jumped them nicely on the second attempt. 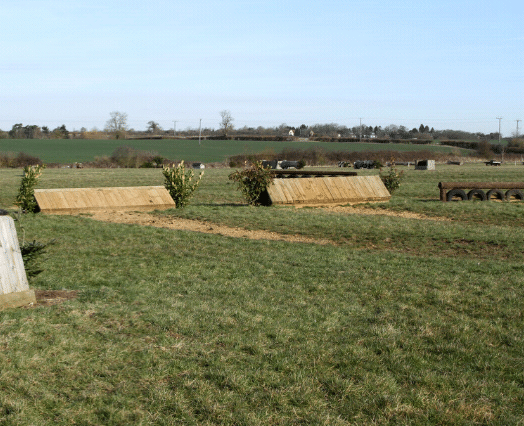 (Warmed up over the tires and jump to the left)

We then moved onto the water. We trotted through the water a few times before trotting in and jumping up a step out of the water. Scottie was okay with this, but I don’t think he is too keen on the water. We had an interesting time trying to go down some steps. You could tell Scottie wanted to do it, but he just couldn’t work out how. He eventually worked it out by following a horse from home down one. After this he was very happy trotting and cantering up and down steps, but we couldn’t get him to step down into water. I think this will be something for another day! 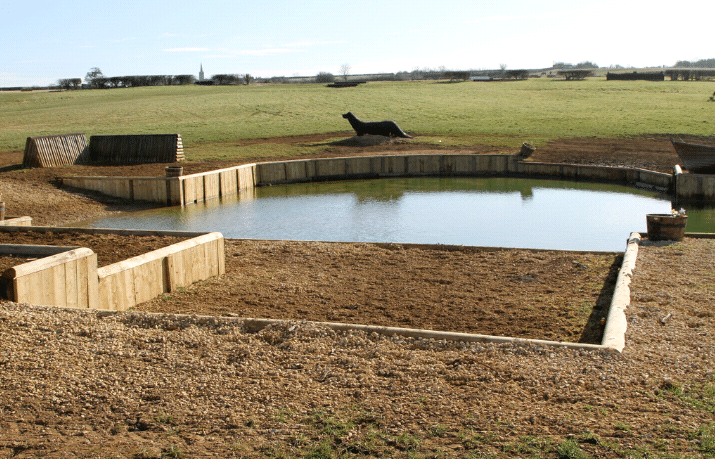 I also noticed, that if the jump wasn’t a log, 9 times out of 10, Scottie would stop the first time to have a look but always jump it the second time. For the smaller jumps, he probably would have jumped from a stop if I had asked him to as he seemed to be thinking about it. As annoying as this is, I’m hoping as he gets more confident this will stop.

There were some really nice little layouts with logs. There was this one with several logs and a brush called the quary. You can’t tell from the photo, but the jumps are up and down a slope. Scottie jumped all the logs nicely and stopped first time at the brush… which there are no excuses for as it is a very small racing style jump! But he jumped all the logs first time, even when I messed up! 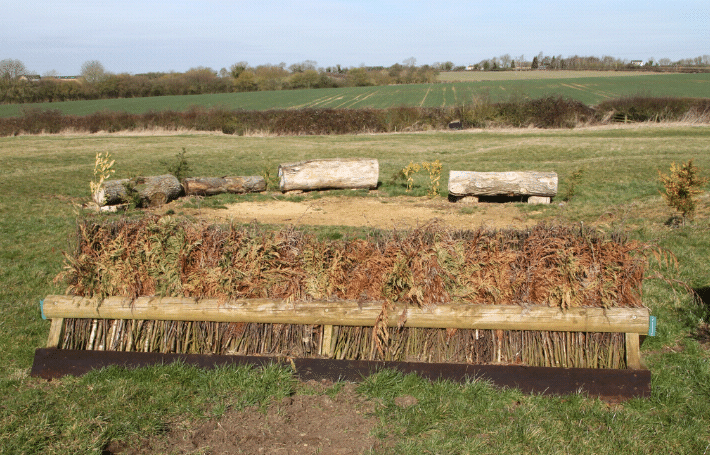 (The Quarry! More jumps off camera to the right)

There was also a long line of log after log probably consisting of around 10 logs. The logs got closer together as you got further along the line. Scottie jumped them all without looking at any of them! This may have been because we were semi following a horse. But I am so happy with him as towards the end we both started to lose a bit of balance, but he is so genuine that he sorted both of us out!

We did have a bit of a fall towards the end. I couldn’t find a photo of the jump, but it wasn’t too scary looking. I took him over to have a look first. And when we were riding towards it he felt like he was going to jump it, until he went to take off and I think he suddenly realised what I was asking and put his head down to look at the jump and stopped. I slid down his neck and rolly-pollied onto the floor. It wasn’t a bad fall, I probably only fell 10-20cm in the end! But Scottie slowly trotted off, I think he was trying to find the lorry. He was easily caught as he went to go say hello to another group of horses and I got back on.

I know we should have gone back to that jump, but Scottie trotted quite far! So we finished doing a ditch and a few bigger steps. Which he was really good about, although we were following, but he cantered and jumped it happily. I will need to try it on my own soon! This isn’t the ditch we jumped, but its a similar size. So thought I would put it in anyway! 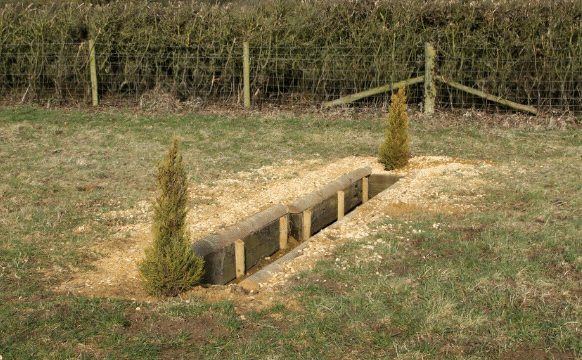 Over all, it was a really good day out! This week has really made me realise how little confidence Scottie has when jumping, even though he enjoys it. He is very genuine and you can tell he wants to do it, he just isn’t 100% about it so stops. I do think part of this is because I over think when it comes to jumping sometimes. Him stopping first time at jumps to have a look isn’t a problem at the moment and I think as we both get more confident this will stop happening. However, I don’t want to start anticipating him stopping first time at a new jump, as this will more likely cause a problem. I am just going to continue as we are and try and get him out more so we can both get more confident!

If you’re nearby, I can really recommend Milton Keynes Event Centre cross country. Lots of different jumps for all abilities!

1 thought on “First Ever Cross Country!”