The Cross Country phase of Burghley horse trials was very exciting! With only two riders making it home without time penalties and 19 combinations not making it round (either withdrawn, eliminated or retired.) 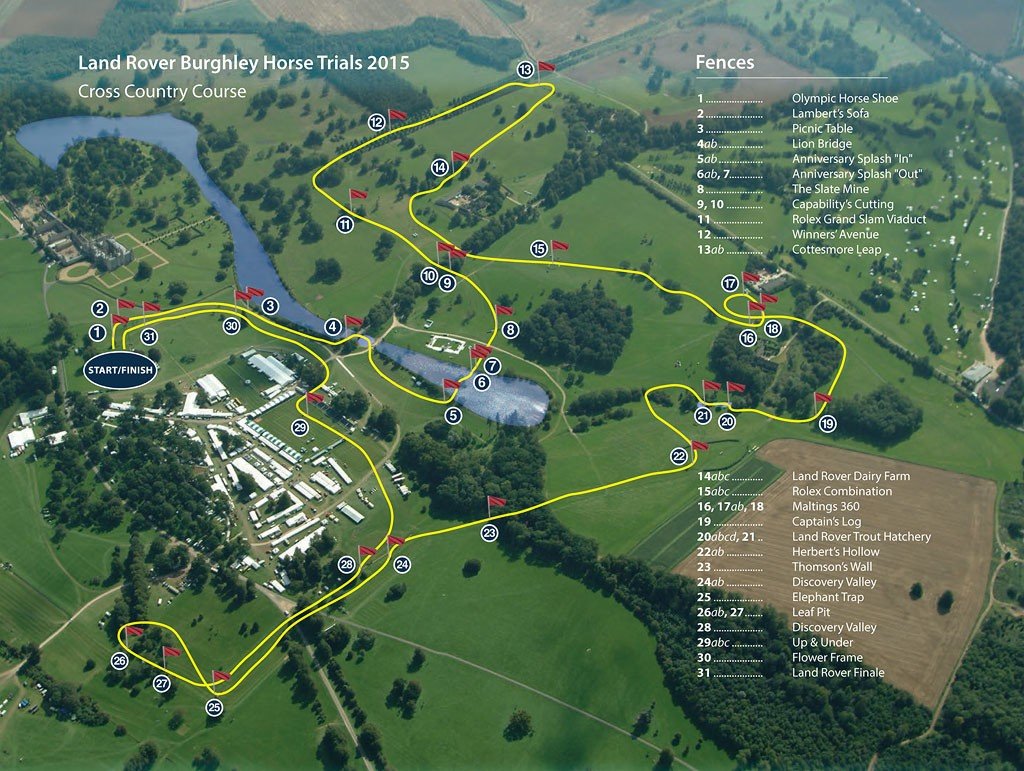 Leader board after Cross Country:

I watched most of the combinations go round and these are the ones I thought needed to be mentioned. The first of these is Michael Jung, he had a very up and down day. He was eliminated on his first attempt at the course after Fischerrocana Fst took a fall in the water in the early stages of the course. His second ride La Biosthetique got him all the way round and only just outside the time, taking him to the top of the leader board.

Tim Price’s ride, Ringwood Sky Boy, gave him a very trying round. I really liked this horse. There were a fair few knocks, brushes and a very lucky combination where he fell over half the jumps. However, he came across as very genuine and made it just outside the time.

Christopher Burton had a very good day, getting both of his rides into the top 10. He also achieved one of the only rounds within the time on Ts Jamaimo. Jonelle Price got the only other round within the time, putting her third.

Oliver Townend was the first rider on the course this morning and crickey was it impressive! I watched him ride Dromgurrihy Blue, his first of three rides, fly around the course at what felt like an incredible pace. They were a great combination to kick off the cross country day at Burghley. It wasn’t the tidiest of rounds and I have a feeling they have a tack malfunction part way round as it looked like part of the martingale had snapped. But they still managed to get round safely and make it into the top 10. His other two rides got round safely too.

Simon Grieve made me laugh when he said “Hi guys” to the crowd after safely clearing a jump next to them. I love that he had time for them, although it could be considered showing off a little! (But who can blame them when they are this good?)

Pippa Funnell had a very neat round on Redesigned, a lovely chestnut which I think looks a bit like Scottie, so he had to get a mention too! But they are currently placed 12th, so could easily move up the placings tomorrow!

We finally come to Mark Todd and Leonidas, it wasn’t the tidiest or fastest round. But Mark’s fantastic riding was amazing to watch. Leonidas seemed very genuine, jumping everything in front of him without question. He also had a super little jump in him, really soaring over some parts of the course.

I’m really excited for tomorrow now and can’t wait to see how the show jumping changes the leader board!