Home » All Posts » Our Progress » Highland Rain » A Quick Update!

This is a quick update on what is going on with me and Scottie atm. Lectures have started, well I have had one. My first lecture was on the history of biomechanics, which was interesting. It focused on when and who made new discoveries and theories in biomechanics. However, the most interesting thing I found out was that you could predict a populations knowledge on anatomy based on their art.

Here you can see that Da Vinci had a much better knowledge on equine anatomy than the people in the middle ages. 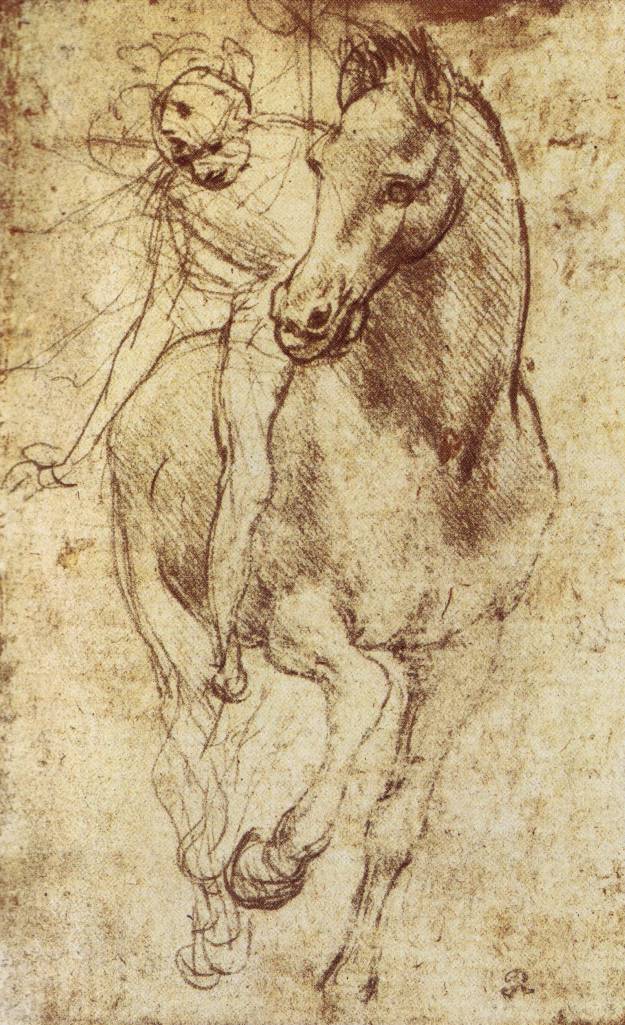 Not much has gone on with Scottie recently. Yesterday I noticed a few white hairs where his saddle rests. Which is upsetting as he has been going so well recently! So I have the saddler coming out Monday and I’m going to try not to do too much with him until then. Hopefully it is just a case of taking the half pad away and/or making a few adjustments to the flocking where he has changed shape so much! I love our saddle and it is a medium and I would’ve thought a wide would be too big for him. Despite this, I am still hoping to enter E Dressage this month, although it might be tight as don’t want to be riding if his saddle is rubbing, even if he isn’t showing any signs!

He is currently living out with Millie and having lots of fun in the field! He is currently covered in mud after creating a nice rolling pit in the field. Millie’s owner is also happy, as Scottie is keeping Millie moving, by making her walk around the field with him. It has been nice watching him play in the field and is really giving me a different opinion on his personality. I think he is a lot more babyish and ‘worried’ than when I first got this. I think part of this is being turned out with youngsters and being allowed to be a horse. But I also think that another part of this is I am spending more time observing him. He has picked up a few tricks over the summer, which he is now teaching Millie, such as kicking thistles so they are easier to eat!

I am going to try and do more horseanality charts with him as I think it will be important to document his different moods for these charts!