I know what you’re thinking, thoroughbreds don’t get fat, they are a nightmare to keep weight on! But Scottie seems to be going out of his way to prove this idea wrong!

Some of you may know that Scottie hasn’t been doing much since we have been back at Uni. This is partly because we were settling in, but it is now largely due to the fact that we are waiting for the saddler to come Monday. After properly looking at his saddle today without the half pad, I do think that it should be a case of not using the half pad and maybe taking a bit of flocking out. My friend also thinks maybe put it a little further back, as he has plenty of space behind the saddle. So fingers crossed for Monday!

Because of this time off, Scottie has been allowed to balloon in the field, despite being put in a small pen with his pony friend. They are both in a pen because their new field has tons of grass, which the pony can’t be turned out in and we thought it would be nice for them to be in together. However, Scottie has a bit of a knack for getting through, not over, electric fencing. He is very good and very rarely breaks or takes down the fencing. Because of this, he has spent a lot of time grazing in the long grass.

He is good though, he does exercise himself AND Millie, which she isn’t too impressed about! I have noticed that he does seem to be getting a bit bored in the field as Millie would rather eat than play, so I am considering putting some toys out in the field for him. Although, Scottie being Scottie, he will probably be scared of them! 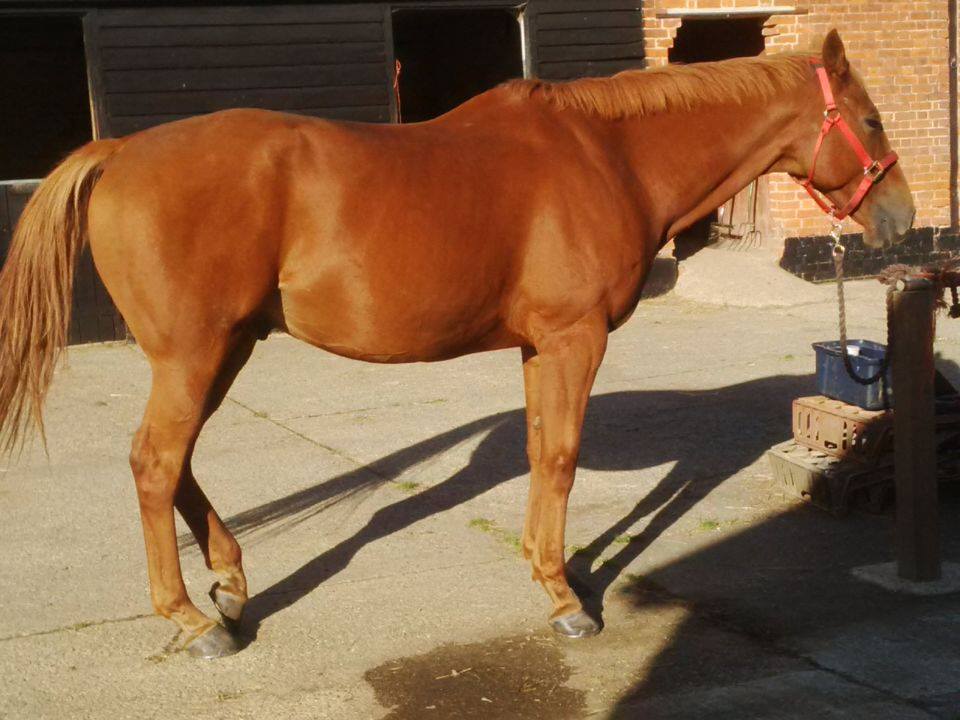 Because of all these things, Scottie is getting fairly chunky! He is still an okay weight, especially as we are heading into winter. But I don’t want him to get any bigger. On a plus side, you can still just about see a few ribs, so he is still a thoroughbred!

EquiPepper ·
@TheRubyPepper
Should you go hacking after worming your horse? Horse wormers are dangerous to other animals and can remain in their poo after being wormed. So should you take your horse out after worming? https://t.co/cUNcKmJG80 #horses https://t.co/dOI3206rSz
View on Twitter

EquiPepper ·
@TheRubyPepper
Cecil copying the pose on his #AdventCalendar this morning 🐕

(Scottie has his usual Stud Muffins calendar too) https://t.co/kGtkgc8aSK
View on Twitter

EquiPepper ·
@TheRubyPepper
Owning Stallions ~ Is it worth it? https://t.co/UCu5cnCbVJ #horses https://t.co/9dGmqQ2nDe
View on Twitter