Yesterday I took Scottie to do his first ridden showing classes. It was a good day out and although it wasn’t as successful as we had hoped, it really showed how much Scottie has improved. I also learnt that Scottie doesn’t cope well when I am stressed!

Saturday Scottie was bathed and then prepped by Eva from Believe Ponies. She plaited his mane, trimmed and pulled his tail and generally tidied him up here and there. He looked like a different horse and he was very happy to have his PJs on for the night.

I had pre entered for Riding Horse, ROR and Most handsome Gelding. However, when I got their, I asked the officials if there would be time to do in hand Best Condition before my first class. They said they were leaving at least half hour between classes and that there would be time.

The Best Condition class was dramatic. Within the first few minutes, a horse got loose and started galloping around the ring. This caused another horse to get loose and join in on the chaos. Despite one of these horses running right up Scottie’s bum, he was good as gold. Because of this drama, the class over ran. Eva told the Riding Horse ring I would be there as soon as I could and as soon as I knew I hadn’t placed in Best Condition I left to get ready. I was surprised Scottie didn’t place in this class as I think he is in Very good condition and many of the things which did place were over weight. 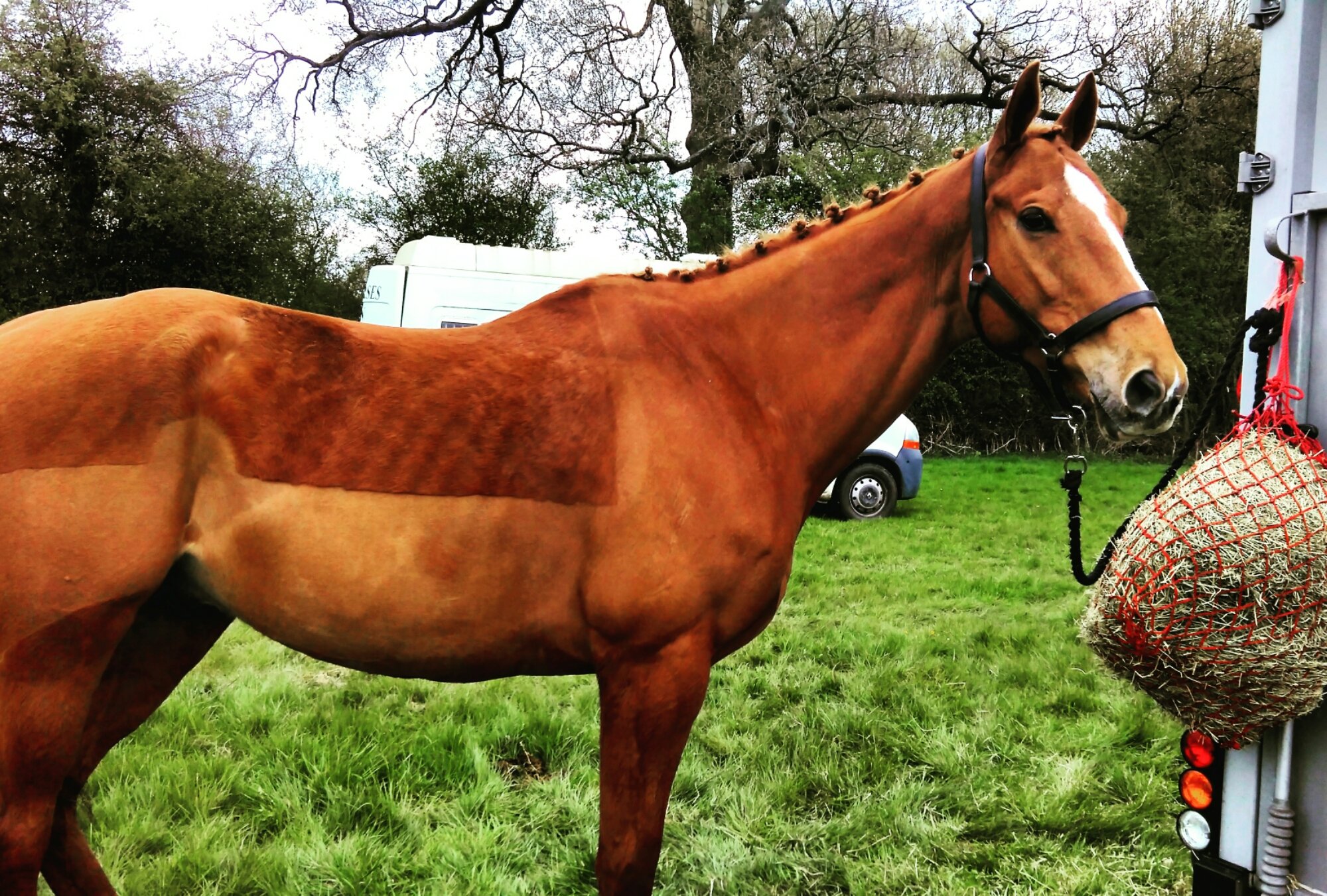 I was very stressed out about getting to Riding Horse in time. As I was putting my saddle on they were shouting last call for my class. It turns out Scottie cannot cope with me when I’m stressed out. I got on and then he bronked me off. It wasn’t terrible bronking it was quite half-hearted, and if I had been on a few seconds longer before it started, I probably would have stayed on. This didn’t help my stress levels and made me wonder if it was his back. But I got back on and gave him a minute to relax as he kept backing up and attempting to bronk. This made me realise that this was very different behaviour to when he is cold backed and decided to just wander around and miss the class.

As soon as I made the decision to miss the class, he instantly relaxed, because I had stopped stressing about getting there in time. I wandered over to the ring to see if they would still let us in as we were both relaxed and the class was paid for, so we might as well attempt it. Luckily they let us in and it went reasonably well. Scottie was too tense to be round in the trot round as a group and we struggled to keep our canters round as a group. However, our individual show went fairly well. He stood lovely in line and walked away in an outline. Our trot was nice and forwards and we managed to get both our canter leads on our first attempt and showed extended canter on both reins. Considering it was his first ever ridden class and all the drama before getting into the ring, I was pleased with how he did.

We came 6th out of 6 for riding horse. Which I think was fair enough and I think it was close between us and the horse which came 5th. It was a good experience for both of us and we got a rosette, so you can’t complain. Our next class was a bit of fun, Most Handsome Gelding where we came 3rd out of 5.

We than had plenty of time to warm up for our last class of the day, RoR. We spent a lot of time in the warm up area where he eventually started to relax and come round in trot. However, after a canter he took a long time to relax again. He got better, but really just needs more practice working properly out and about.

This class went much better than our last ridden class. All our walk was round, our trot was more relaxed, still not quite round, but his head was much lower than the first class. Our canter as a group had improved too. Our individual show was much better too, until the end. After our second canter he relaxed into trot and I thought I would try a circle to encourage him to come down, as this is what had been working in the warm up ring. However, this back fired with Scottie thinking canter and falling out to the left. So I quickly finished the show and got back in line.

We had the same judge in this class who again placed us last of 5. The winner of the class was an obvious winner and there was another horse I thought did particularly well. However, I do not feel the other two horses in the class performed any better than Scottie, with one of them sticking their nose out for the whole of the class and the other spending a lot of time going sideways. Both these horses had also placed higher than us in the other class, which makes me think that a lot of the decision was purely the judges personal taste as I would have found it hard to differentiate between the 3 of us.

This experience really made me realise that Scottie just needs to get out and do as many ridden classes as possible. Because Scottie moves much better than many of the horses in our classes and if he had gone as well as he does it home, I would be shocked if we hadn’t come second. Eva said that she thought Scottie was a better quality than most the horses in our classes, he just needs to relax and listen to what I’m asking him to do, rather than getting tense and guessing. 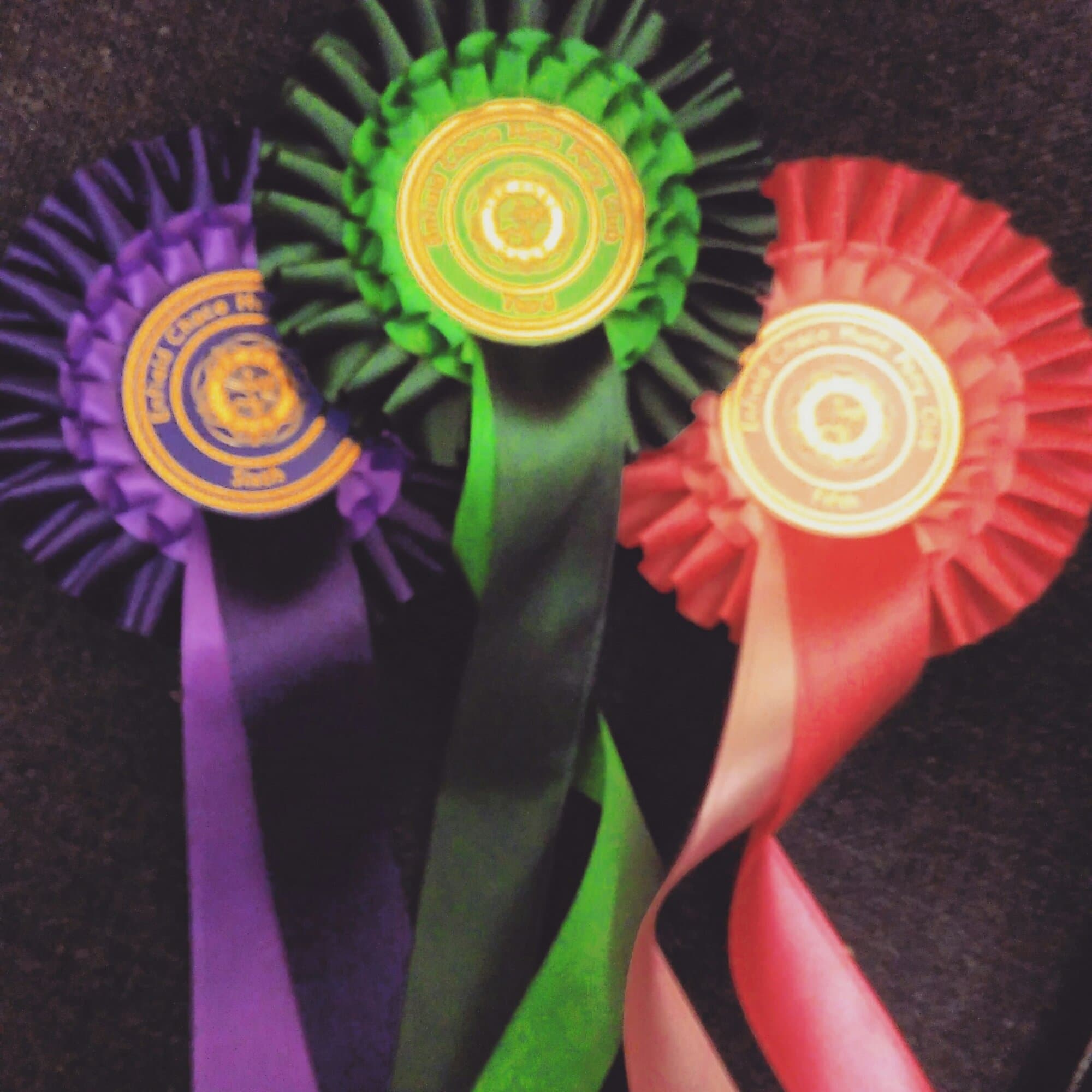 Over all it was a good day out. Although I am slightly disappointed with our placings, Scottie did very well! We got our right canter straight away in both our individual shows, when  two weeks ago we were lucky if we got it in half an hour! In fact he was possibly only one of two horses (maybe even the only one) in our riding horse class which got their correct canter leads first time in their show. It also showed me that once he relaxes in the show environment, he should place much higher at local level and should have a good chance at higher levels too.