On Christmas eve morning several of the girls at the yard organised a mounted games morning in the school. Since they had all the gear, I thought it would be good fun to have a go with Scottie, even just to see what he made of it all. Needless to say, Scottie loved it and is now probably considering a new career in mounted games!

Now we were at a huge height disadvantage… as in I couldn’t reach a lot of the equipment on the floor and getting on/off really isn’t an easy task at all. So we stuck to the games we could manage, such as the weaving in and out of cones, various races and the flag games! 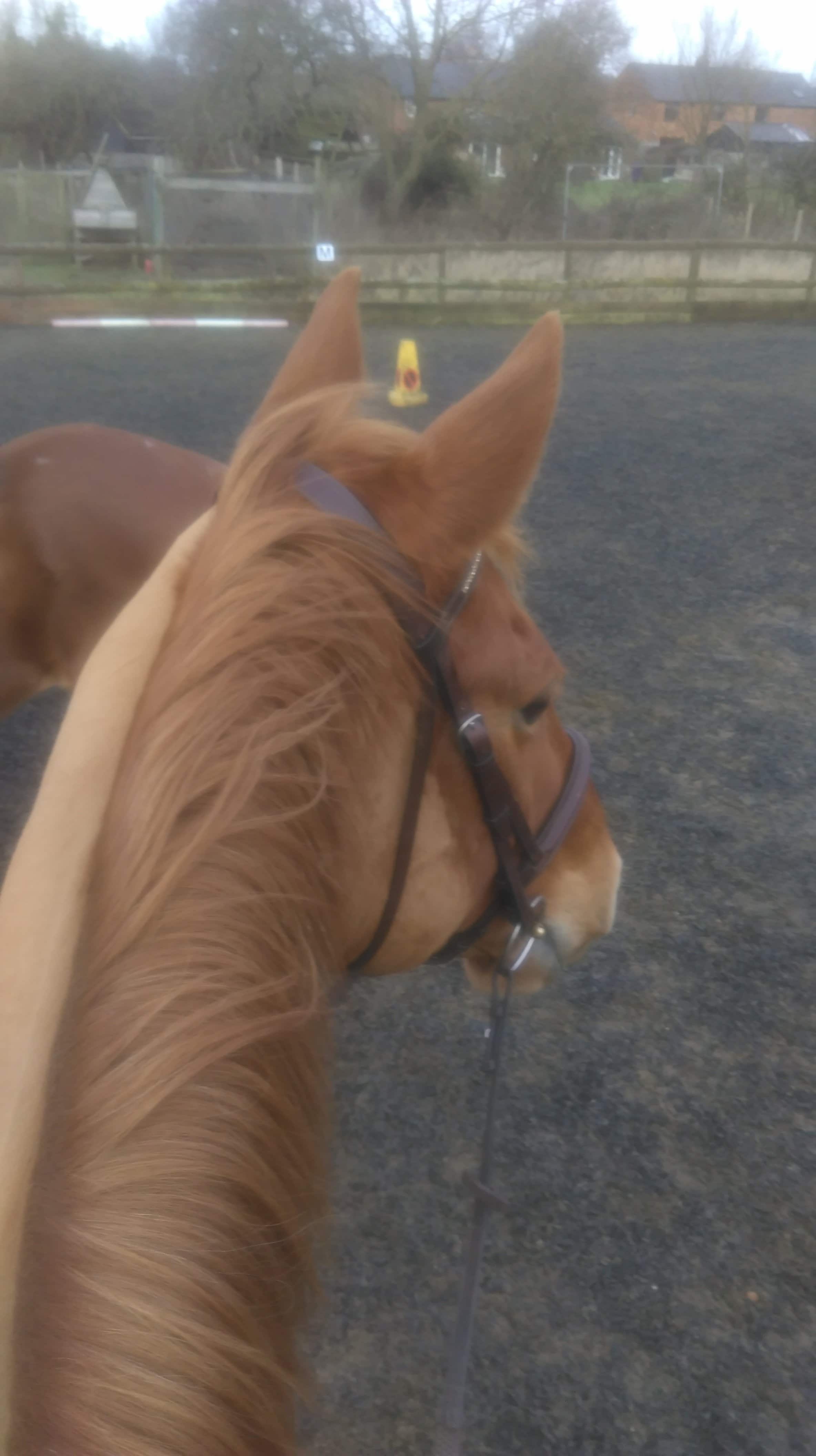 Despite it being very windy, making the flags really flap around, Scottie coped very well with the flags. We kept it slow, walking past the flags and stopping when they were at his shoulder so I could lean down and reach one of them. We would then trot or canter to the next cone and stop again before putting the flag in the cone and cantering back to the start. He had the occasional look at the flags while they were flapping, but got better and better with them and he wasn’t too bothered by them at all.

Scottie also really enjoyed watching the other ponies doing the games we were too tall for and seemed to really take it all in. So much so that I think he would really enjoy becoming a games pony! So it was a really nice change for us and think it did us both quite a bit of good.

previousI clipped my own horse!
next2016 Summary and 2017 Goals.