On Tuesday I was lucky enough to get to go to BETA 2017 for work. I had a fantastic time getting to meet lots of companies and talk about some of their really interesting products. I also have a nice collection of free samples to try and add to my growing list of products to review!

But this post I am going to focus on my personal highlight, meeting the Wocket Woy team! I managed to get a photo with Mattie Back and the Pwoducer before they started their talk at the Charles Owen Hub.

Their talk was brilliant.They showed lots of highlights from their videos and talked about the horses, how it started, their jockey careers and plans for the future. They then answered a few questions from the crowd. 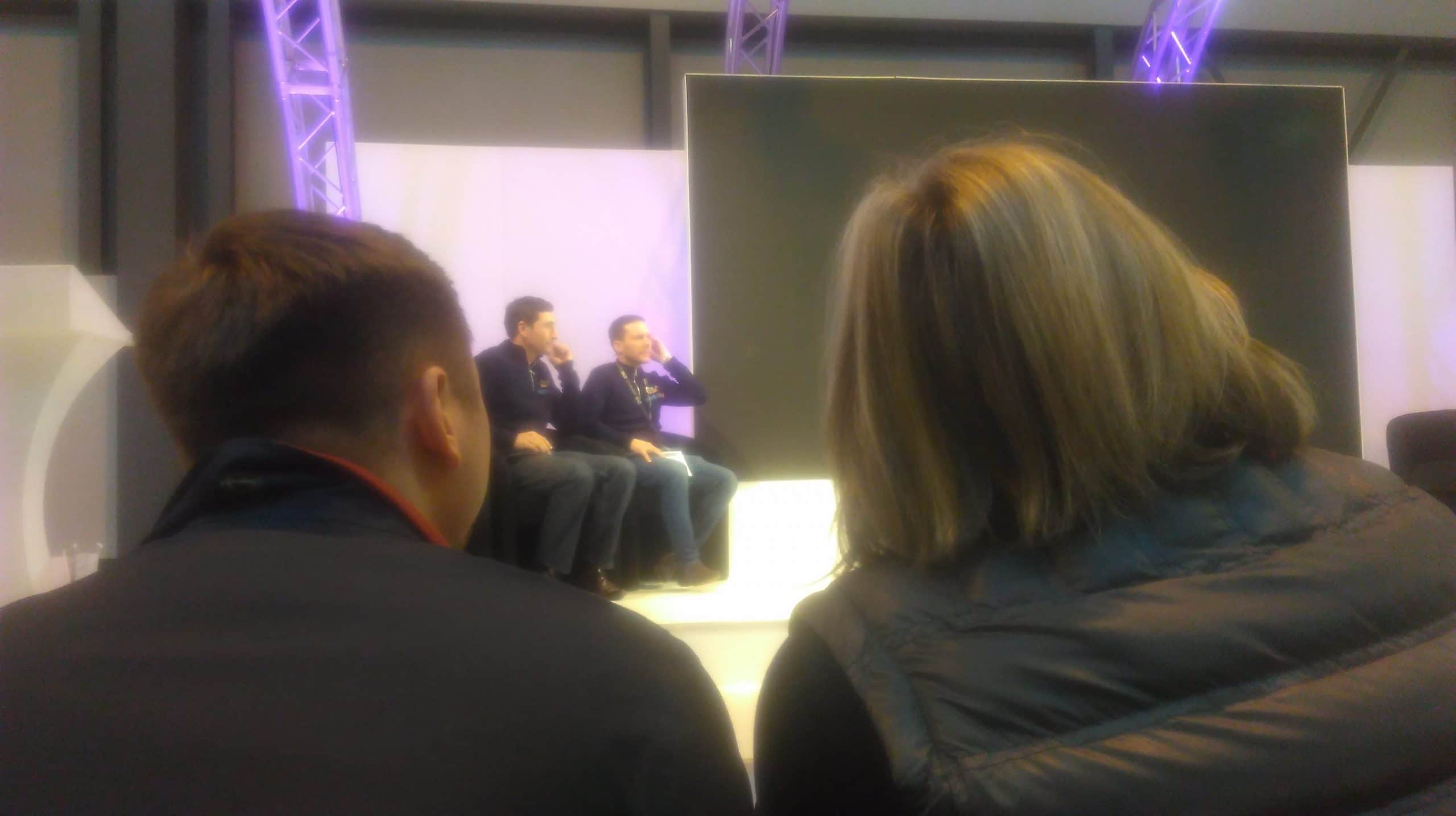 Wocket Woy started as a complete mistake. They used to go ride out on the gallops and basically just mess around a bit and have a laugh. It was usually the Pwoducer daring and egging Mattie on to do something silly and film it. The Pwoducer would share these videos on his personal Facebook.

Due to his privacy settings, only a few people could see the videos and more and more people were asking about them. So they created a page specifically to post these videos to. They didn’t think anything of it. It was just a bit of fun and they enjoyed doing it. But soon they were getting thousands of views and likes on the Facebook page and they realised they were onto something big!

Because of the characters they play, it’s easy to forget that these people are actually jockeys! But during their talk they both talked about how they got into riding and racing.

Mattie didn’t start riding until he was about 15/16. He had never really been around horses but on visiting family in Ireland he had a go at horse riding and it all went from there. He’s had many winners over his career, I think they said over 200, but don’t quote me on that!

They asked about some of his most memorable rides and he talked about a collection of horses he rode and won on. One of these horses which rung a bell with me was Coneygree. A quick search on the Racing Post told me exactly why this name sounded familiar. This horse won at Uttoxeter in Novemeber 2012 while being ridden by Mattie. Scottie also ran in this race and came 4th! So Scottie raced against Mattie.

The Pwoducer, perhaps better known to some as Marc Goldstein, comes from a very horsey family. His dad and brother were both jockeys and he grew up with his family running a riding school. So naturally he was riding from a young age. Although he did take a break from about the age of 8 until his mid teens.

Marc has ridden in over 1000 races and had over 150 winners. He is trainer Sheena West’s first choice of jockey for many horses on her yard. However, during the interview he said he is interested in potentially taking up show jumping.

Both Woy and Nobby were trained by Sheena West when the videos started being made and the majority of their earlier videos were filmed at their yard or on the gallops.

Nobby (Ya Hafed) has been owned by Sheena for a long time and is likely to be retired with her too. This is fantastic news for Wocket Woy fans as it means that he should hopefully be around to star in these hilarious videos for a long time to come!

Both Mattie and the Pwoducer talked about how fantastic a horse Nobby is. They said he is one of the few horses you can trust to stop at the end of the gallops, not matter what you are doing on top! They then went on to say that they have never ‘trained’ him for anything they put him through. They simply turned up on the day and got on with it. How many horses could you turn up and strap balloons to and everything be okay??

Woy (Mr Muddle) has sadly switched trainers and moved yards, so is unlikely to be staring in any more of the Wocket Woy videos. however they made it very clear that this change had nothing to do with the videos, just that the owners didn’t feel he was racing as well as they thought he could and thought a different trainer may get more out of him.

They talked about how Woy wasn’t as easy as Nobby. He could be quite strong on the gallops so they knew that there were only certain parts of the gallops they would be able to do their silly things on.

They also said how they aren’t looking to replace Woy in the videos. Largely because they would have to find a horse they could trust enough to be patient and put up with the silly antics they would be subjected to!

I got the opportunity to ask them a question and I decided to ask about how their videos are changing the opinion on racehorses and ex racehorses and if they have noticed a rise in the popularity of ex racehorses. I was very pleased with their answer.

They started with basically saying that both these horses are real racehorses currently in training and that they have both been successful before and since they started making these videos. What they are doing doesn’t affect their training or change the fact that they are racehorses.

But they do think that by showing how well these racehorses are dealing with their crazy antics does help improve their reputation. They have had lots of people say they would have Woy or Nobby if they retired and ever needed a home. They have also heard from the ROR who said that they have had more interest since the videos went out. Which backs up the post I wrote when I first came across the Wocket Woy videos.

They finished by saying that some horses adapt really well out of training and could easily have a good life as a riding horse/pet. But other horses simply can’t cope with not being in training and struggle to even have holidays during their racing career. Every horse is different and some racehorses will never be good ex racehorses. 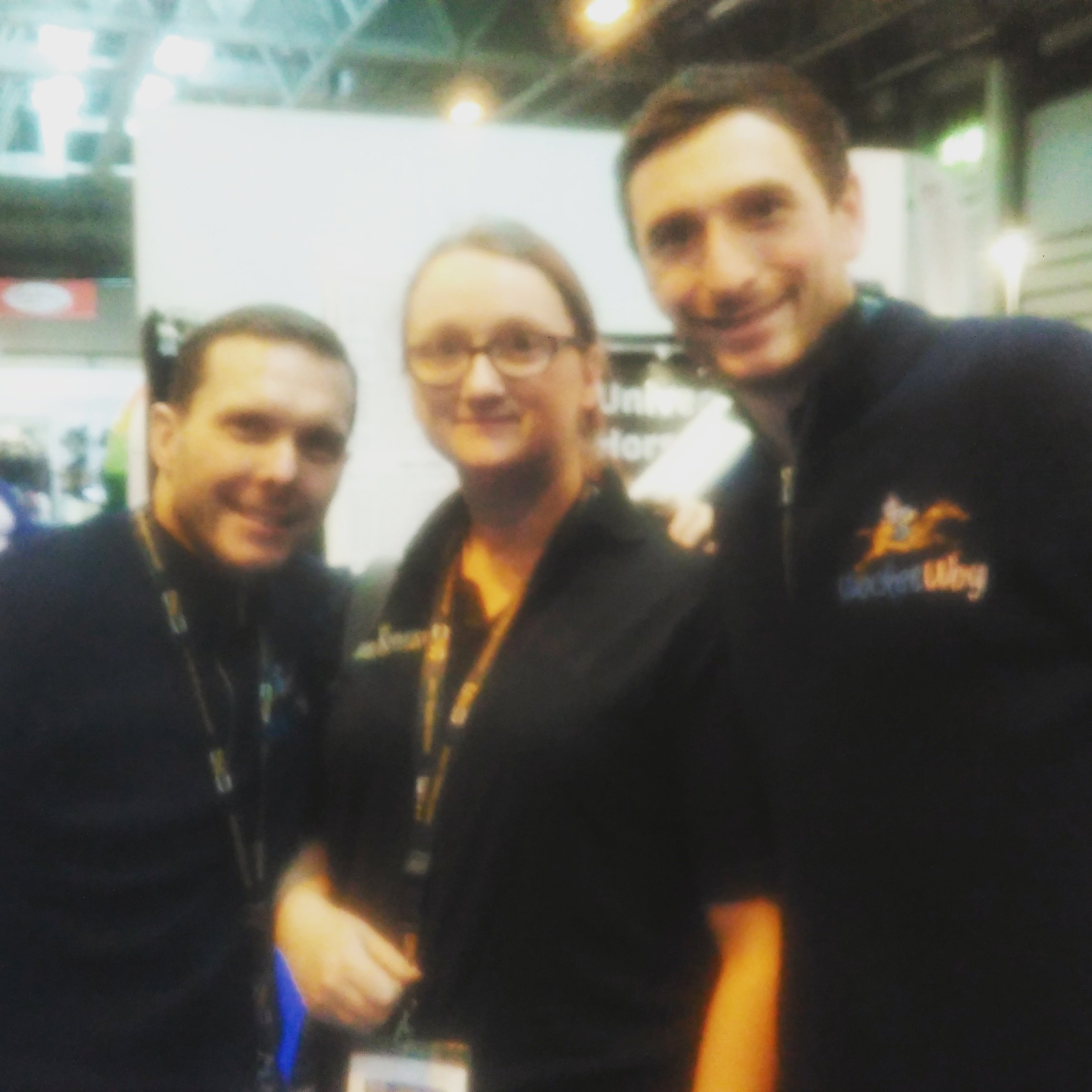 It was really a fantastic experience getting to meet and hear more about Wocket Woy. I have another BETA post lined up about some of the companies and products I met and talked about which I will hopefully get to you in the next week or so. But as you can tell from the amount of exciting news I have been sharing with you recently, we have a lot going on at the moment so that post might get pushed back a bit!