A little while ago I received a Rambo Competition Micklem Bridle to review from Country & Stable. Some of you may know from previous posts that I have been considering trying a Micklem for a while now so I was over the moon when I was sent one and I’ve been putting it through it’s paces so I can give you a good review!

Quality of the bridle

The bridle is made from good quality leather and it looks like it will last well. It’s not too bulky, so won’t look silly on fine heads. Annoyingly, it doesn’t come with reins. Now I know that this is the same for lots of bridles these days, but I personally feel that if you are spending £100+ on a bridle that they should come with a basic pair of reins.

Is it easy to fit?

Micklem bridles fit very differently to normal bridles, this is the whole reason why they are said to be so good, as they avoid sensitive areas on the horses head. However, this does mean that if you haven’t used one before (like me) it can be a bit confusing to fit. It does come with a booklet with some instructions, but these were more for putting the bridle together rather than fitting it to the horse. So I took to google for some extra guidance on how it should fit. 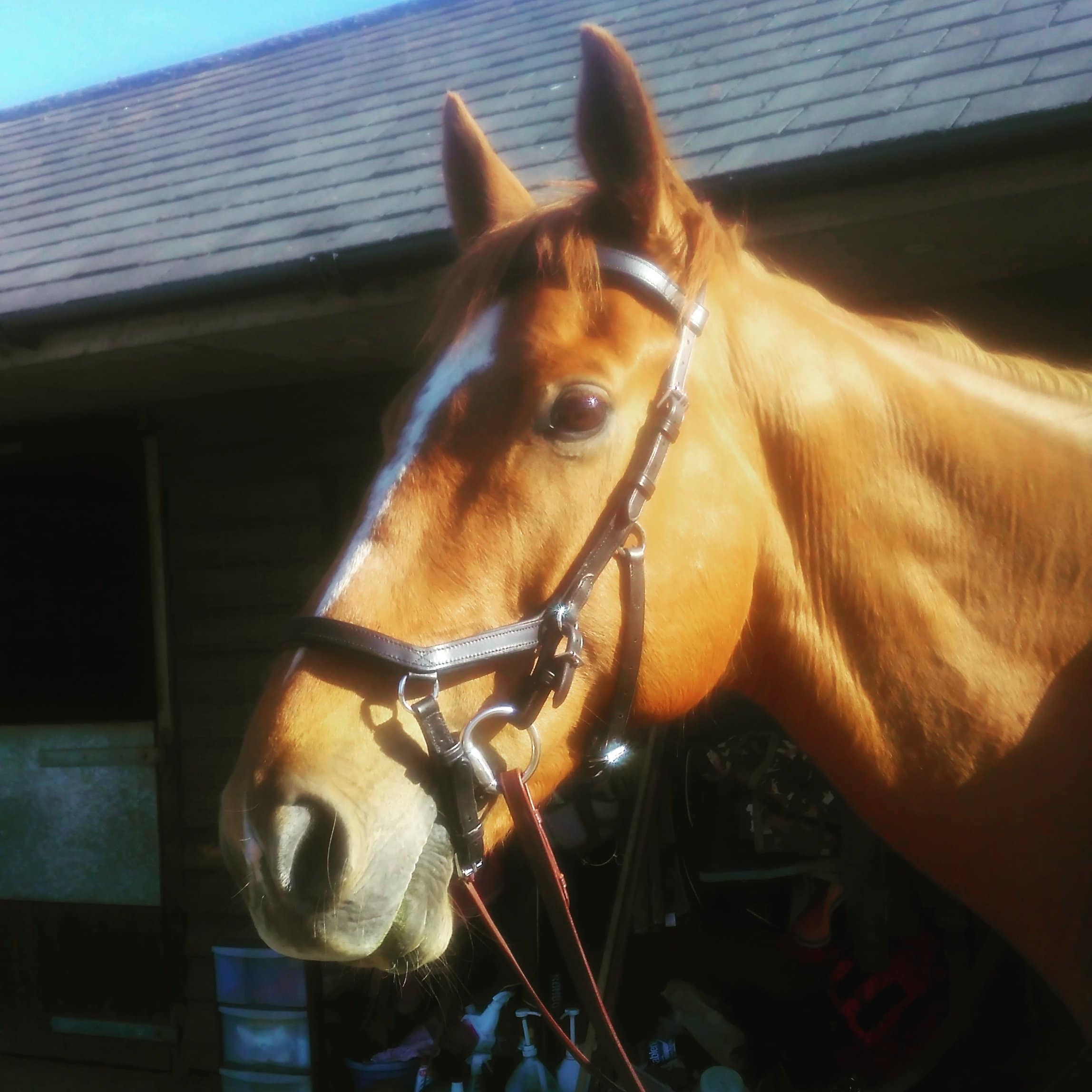 Over all it fits Scottie well. However, my spare bit was an eggbutt, and the rings are a bit small for the bridle, especially while I’m waiting for all the leather to loosen up. Because of this, the nose band is a little lower than I would like it. It’s not sitting on the weak part of his nose, but I would like it a hole higher really. Alternatively, I think switching the bit to one of my loose rings would probably solve this until the leather on the bit straps gives a bit more.

So have I seen a difference since using this bridle?

I’m finding it really hard to tell whether I am seeing a difference between the Micklem and my normal bridle and the main reason is that Scottie is very good in his bridle normally. He’s just not fussy. Yes, he needs to be more consistent into the contact, but that’s more lack of education and strength rather than anything else. However, to try and combat this, I have tried to use it in a variety of situations to try and pick up on any subtle differences.

So far I have ridden in it schooling on the flat, over poles and more complicated pole exercises. (I do plan on jumping and hacking in it too and I will update this review once I have!) I have noticed both good and bad things about how Scottie goes in the Micklem bridle and I’ll start with the bad. Scottie seems to be a lot fussier in the mouth in the micklem than in his normal bridle. He fiddles and chomps on the bit, which isn’t something he usually does! However, I think this is more likely to be down to me not being able to get the bit to fit as well as I would like, as I have mentioned above.

Now the good things, Scottie does seem to come down a bit quicker in this bridle compared to our normal bridle. When I was schooling over poles, after each pole he was stretching back down into the bridle, whereas normally he would show a bit more resistance and be looking at where he is going next. However, I think he is on that really thin line between carrying himself and ducking behind the bridle. So whereas he usually takes a bit longer to stretch down in our normal bridle, I know that when he does he is carrying himself and not hiding.

It’s really hard to tell with Scottie if the Micklem bridle really does make a difference to him or not, and for that reason I am going to have to say that no, I personally don’t see an improvement in the Micklem. 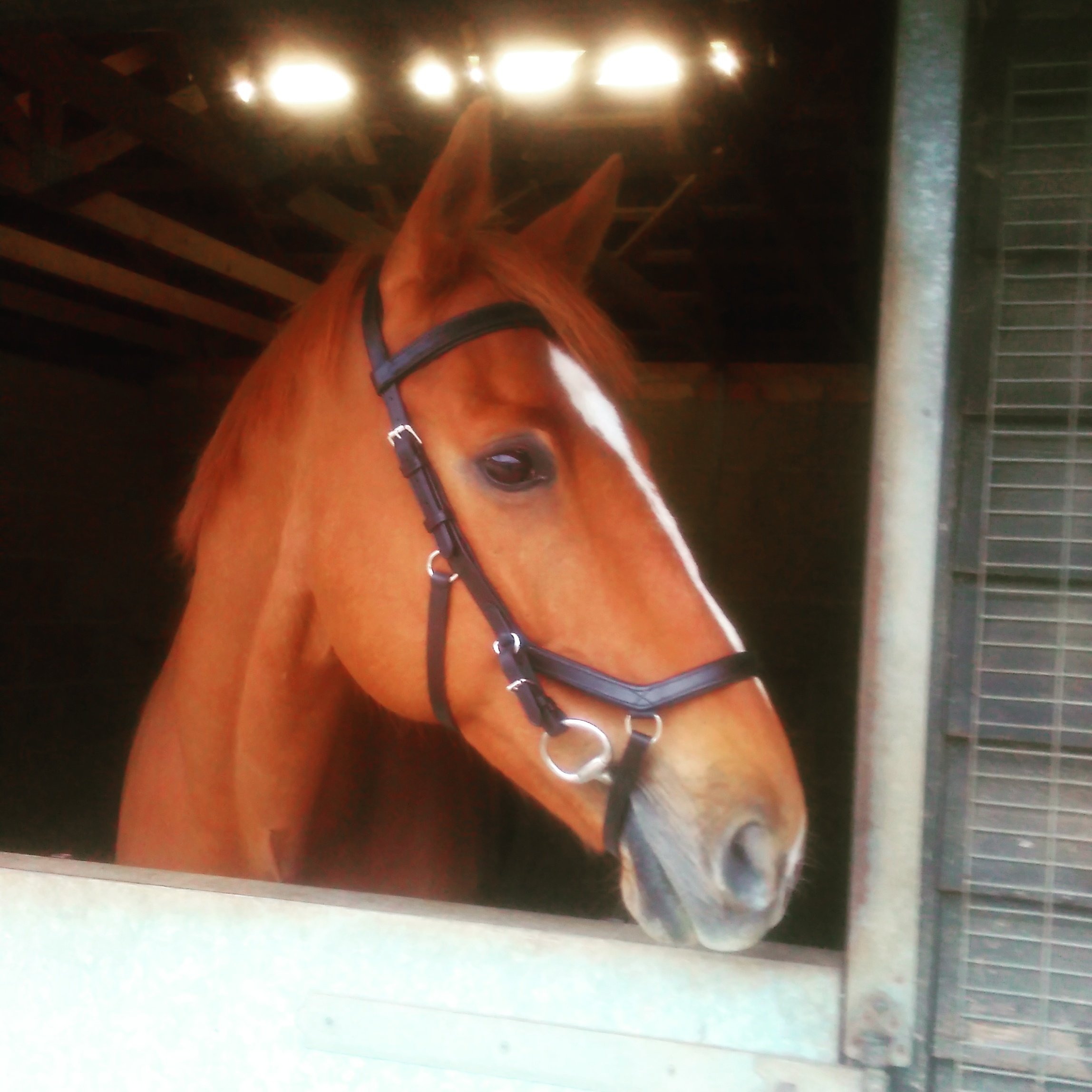 I really like this bridle, I think it looks good on Scottie (even in black!) and it is available in brown too. Despite not seeing a difference in Scottie, it is still a bridle I would recommend to others, especially if they have a particularly fussy horse. I’ve seen them make great changes on other horses. But in my personal opinion, if your horse is going well and doesn’t have a problem in your current bridle, I’m not sure whether I would recommend buying one.