Many of us horsey folk enjoy watching ‘normal’ TV and films and looking at the gorgeous horses and maybe pointing out flaws in the casting or wardrobe to our non-horsey friends. Today I am going to introduce you to Amy Brooks, the writer of Horses in Movies and TV, who not only blogs about horses on the screen, but also explores the history, science and logic behind the scene.

I understand you are currently living in the city, how did you come to blog about horses?
I came up with the idea to start blogging about horses when I was watching a movie that took place in ancient Egypt. The movie had all these Friesians, Andalusians, and other large horses running around the desert, and I thought, “Friesians and Andalusians are not desert horses!” Then I was watching one of my favourite TV shows and one of the characters looked at a horse’s teeth and estimated its age. From these two scenes, I knew that the general public would have no idea that large horses did not exist in ancient Egypt and that a horse’s age could be estimated by looking at its teeth. That’s when I got the idea to start a blog and write about horse topics that come up in movies and TV, so when people watch the scenes I feature in my blog, they will know what is going on. Another reason I wanted to blog about horses was to reconnect with the horse community and keep up with new trends in the horse world, even though I am not currently working with a horse.

Your blog is very unique and not quite what you expect. When I first came across your blog, I expected it to be more of a list of horsey TV shows and films, but I love the way you take an idea from the scene and turn it into an informative article, it’s very original. Do your posts come from TV and films you watch already, or do you purposely watch certain shows for inspiration?
Most of my posts come from television shows I am already watching, such as Game of Thrones and Outlander, and also from movies I have already seen. It has been fun watching some of the movies again that I have not seen in years. But I have been starting to seek out other movies I have found mentioned in horse blogs and articles that I had never seen before, and I have been getting some more ideas for future posts.

I see many posts on social media about horsey people pointing out a micklem bridle in a medieval film. Do you find that much of your inspiration comes from faults you see on the screen?
Some inspiration comes from inaccuracies I notice. I usually notice if the movie or show uses inappropriate breeds for the time and place. I understand that Friesians are beautiful horses, but I want to see Arabians in the ancient Egyptian desert and Highland Ponies in 18th-century Scotland!
Most of my inspiration comes from wanting to know more about the history of the horses featured in specific scenes, such as what it took to train a medieval war horse to charge into battle as seen in Game of Thrones or the history of long distance desert racing seen in the movie Hidalgo.
Do you find that more mainstream shows, such as Game of Thrones attract more or less attention than horse specific TV shows/films?
The mainstream shows do attract a larger audience than the horse-centric movies and shows. Since horses are not part of our everyday lives anymore, most people usually do not know much about these wonderful creatures and, consequently, do not have much interest in horse films and TV. However, I believe the mainstream shows are starting to give more focus towards their horse characters which is making people curious about them. I have noticed in fan groups on Facebook and Twitter that people are asking about specific horses in shows and asking the actors about their main horse co-stars in interviews.

Can you give us any hints of shows/films you will be discussing in the next few months? I heard there was some pretty interesting training involved for the Dothraki horses and riders in the most recent Game of Thrones series!
Currently on my list, I have Charge of the Light Brigade, Poldark, Downton Abbey, and I am sure I will write more about Game of Thrones and Outlander. I do hope in the future to interview some people who train horses for films and get more behind-the-scenes insight. Also, I am currently looking for someone who will give me a sidesaddle riding lesson. There are many shows and movies showing ladies riding sidesaddle, so I would love to experience it myself and blog about the history and my experience. 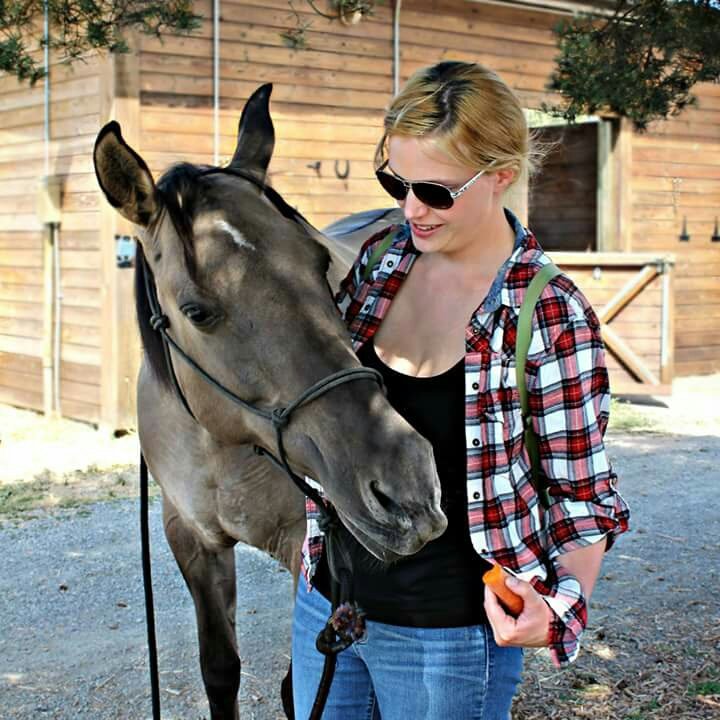 I hope you enjoyed meeting Amy and if you are interested in reading more from Amy, please do visit her blog.