EquiMind recently held their first ever championships since starting trading earlier this year. Their Summer Championships were open to anyone who placed in the top 6 in any of their qualifying classes up until September. They are a bit different to the standard monthly classes as there is so much more up for grabs! With prizes going to the top 6 in each class and Champions and Reserve Champions being crowned in each section. We were all really excited about taking part.

Since Scottie was still out of ridden action when they took place, I entered two in hand horsemanship classes, a walk and walk-trot (with minimal trotting.) This was fantastic as it could be incorporated into our rehab walking schedule! You have to get a bit dressed up, so I donned my tweed jacket and gave Scottie a good brush. With their being a deep hole in his leg still I felt like plaiting up would have been a bit odd!

We did much better than expected! Both our classes had a lot more entries than normal (7-11 people in each!) I am really pleased to say we scored 61.75% and came 3rd in the walk test and 67.1% and 4th in the walk-trot class. We got good scores throughout, mainly 7s with the odd 8! And we only had one comment of stiffness in his gammy leg, which I am pleased about. Despite EquiMind knowing Scottie was in rehab and that these exercises were part of his daily in hand exercise, I had been quite worried about him looking lame and it looking like that A) I didn’t know or B) I didn’t care. So it is nice to see that there wasn’t really an issue here. 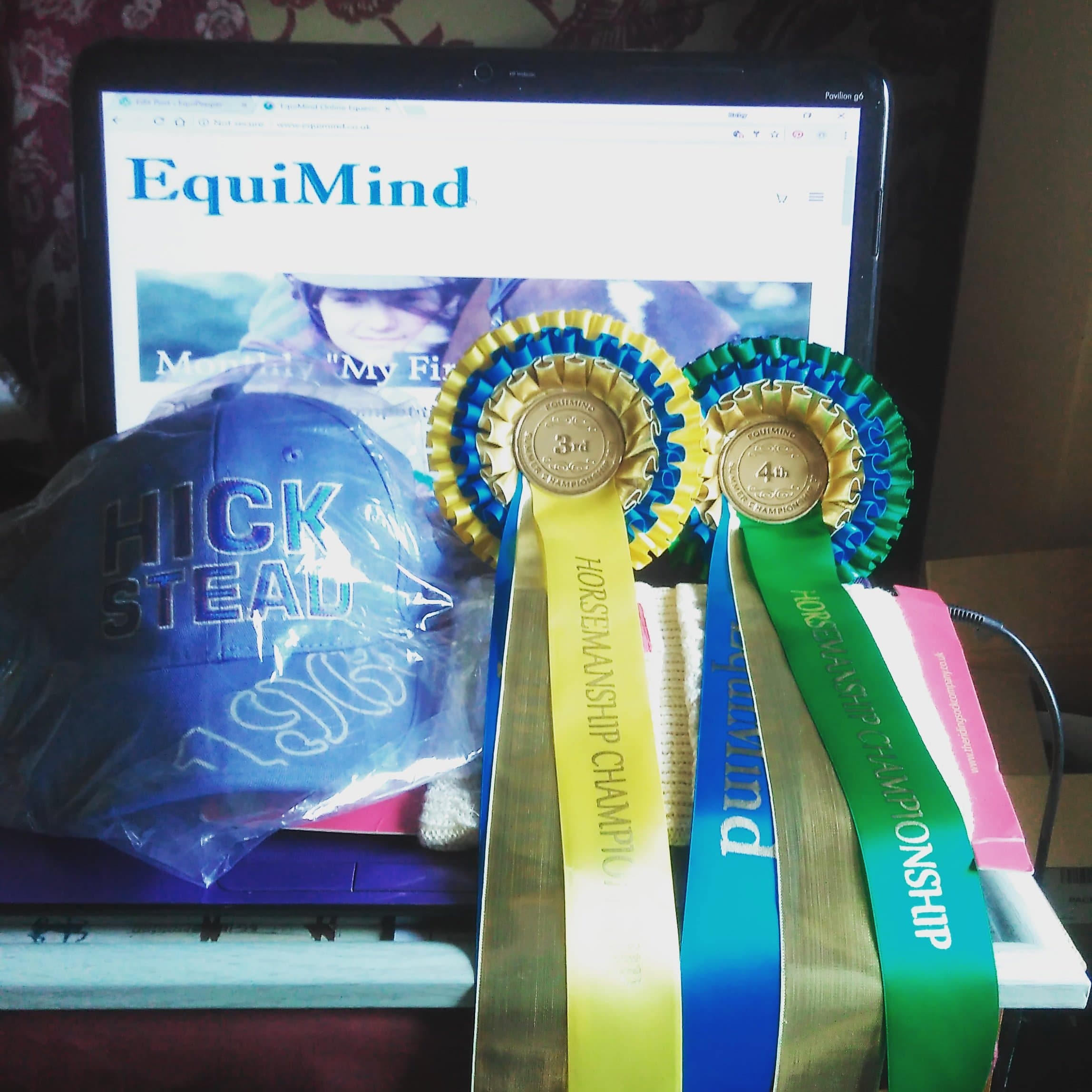 Not only did we receive two gorgeous championship rosetes, we also received extra goodies for placing in the top 6! Which were a knitted pair of welly toppers and a cap!

We didn’t make champion or reserve champion, which being in rehab I wasn’t really expecting to! We did however finish strong in the summer leaderboards for Showing, Dressage and Horsemanship.

The Leaderboards are worked out by earning points in each qualifying class and each championship class. I am very pleased with how high we have ranked in all three boards, especially as we have only done one or two classes per month plus fun photo classes.