In case you’ve missed all the latest Scottie news, we are currently suffering with a bit of a mystery lameness. The lovely non practicing vet at my yard has been incredibly helpful and has looked at him multiple times and performed flexion tests and used the hoof testers. While she can’t say for certain without nerve blocks, she is convinced the pain is in the foot, the heel area to be precise.

Since this could be a whole multitude of things, all of which would probably need further investigations with xrays and MRI scans, we are taking the rest approach first. This is largely due to the fact that Scottie likely has a racing wear and tear which would show up on a xray, even though it may not be causing him a problem. So before I find lots of exclusions for Scottie’s insurance, we are giving him a good rest and introducing many management changes which are used for heel pain.

The first of these is new shoes for Scottie. Due to Scottie’s conformation, he is prone to collapsed heels and could do with a bit more support from his shoe. For some horses with foot pain a change in shoe can be enough to solve the problem.

My farrier decided to go with an egg bar shoe for Scottie. He was very pleased with the fit, saying it was sitting exactly where it needed to. He said to wait 24 hours before having a look at him.

Friday afternoon my vet friend had another look at Scottie with his new shoes and there was a big improvement! He still wasn’t completely comfortable on the hard, but he was sound on a circle on the soft! And this was only the day after having the shoes put on! So she suggested I start riding again, taking it slow, walking for the first week, just to see how he copes. Hopefully the extra support is enough for him to come back to normal and we won’t need to investigate any further. But I will be keeping an eye on him as at this point we still don’t know if it is as simple as an injury, or the start of something ongoing.

The other precaution I have taken this week is to have Scottie’s back checked. While we are fairly sure this isn’t where the pain is coming from, one of the girls at our yard was already having our back lady out. So I thought we would tag on so we can rule out any issues there. And luckily I did, as there was actually quite a bit there!

While our back lady wasn’t surprised to find something, since Scottie has been lame, she was surprised at how much was there. She said the lameness may well have caused the back issues, or the back issues could have made the lameness worse. Or they could be completely unrelated! But since Scottie’s back has been fantastic recently, I kind of feel that they must be slightly related. 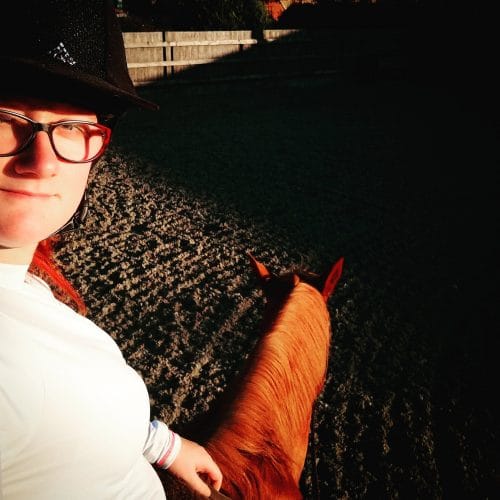 I am also looking into other things to hopefully help Scottie’s mystery lameness. One of these is magnetic boots. I am currently unsure if I want to go for magnetic leg wraps or magnetic over reach boots. My logic is that if the issue is in the foot, then surely the overreach boot would be better. But I am still undecided on type and brand. So if you have any recommendations I would love to hear them!

previousMy Favourite Ride
nextBeware, Beware a Chestnut Mare! ~ The fact behind the myth