It’s that time of year where loud festivities really ramp up. What with fireworks to noisey Christmas and New Years parties, this time of year can be quite distressing for our pets. However, Pet Remedy believe they have found the perfect way to help your pet survive this party season. I’m pleased to say they sent me one of their Party Season Survival Kits to review for you.

What’s in the kit?

How does it work?

Pet Remedy uses natural ingredients to enhance your pets’ natural calming mechanisms. It does this by tricking nerve cells into thinking they are receiving calming signals from the brain.

Firstly, I thought I would reintroduce you to my pets and why they would benefit from the party season survival kit.

Tally is a bit odd in the sense that she hates the sound of gunshots while out walking, or opening a can of coke too close to her in the house, but doesn’t tend to be bothered by fireworks. However she can find lots of people in the house quite stressful and doesn’t like being alone. She is also very scared of horses, yet insists on coming out to the yard or point to pointing with me! 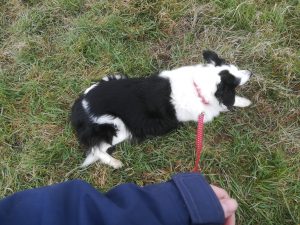 The biggest fear to most horse owners during this time of year is fireworks. Luckily, Scottie isn’t too bothered by fireworks as a general rule, but I do find that his bed tends to be a lot messier the morning after fireworks.

I chose to test these products on Scottie during our village firework display. This display takes place on the sports field behind our stable block. As I have already mentioned, Scottie tends to be okay with fireworks but he does tend to make a mess of his bed. So I was hoping that the party season survival kit would help keep Scottie relaxed and stop him trashing his bed!

I decided to use the diffuser and spray for this test. For obvious reasons we don’t have plug sockets inside the stable. So it probably wouldn’t be as effective as having it inside the stable, but I made use of the plug socket just outside his window. Since I wasn’t sure how effective the diffuser would be outside the stable, I also put a few squirts of the spray on Scottie’s neck.
The next morning after the display Scottie’s bed was tidier than it had been the previous few nights where people had been setting their own fireworks off. So I do think the Pet Remedy made a difference to Scottie. However, It’s hard to say how well it would work on a nervous horse. 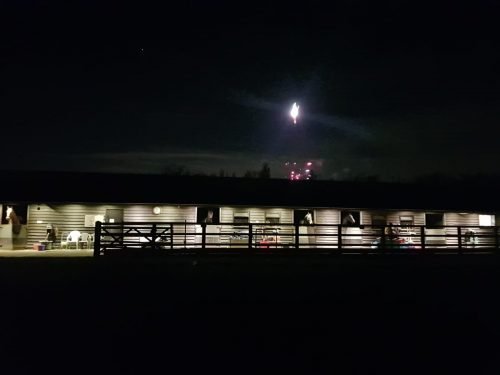 Our horses not too bothered by the local fireworks!

Overall, from my experience and talking to the two lucky winners of my social media giveaway, I do think that this product is good at helping to keep your pets calm during stressful times. However, it may not work for all pets, especially those who get really stressed. But if you have having issues with your pet, I do think it is worth trying this product as worse case scenario, it won’t do anything! Whereas other solutions such as sedation come with risks.

My only other point here is the plug on the diffuser. If I wasn’t careful unplugging it, the plug would start to come apart slightly. Not in a dangerous, wires exposed way. But definitely something to keep an eye on!